Ride Toward the Sea by Damien Stein 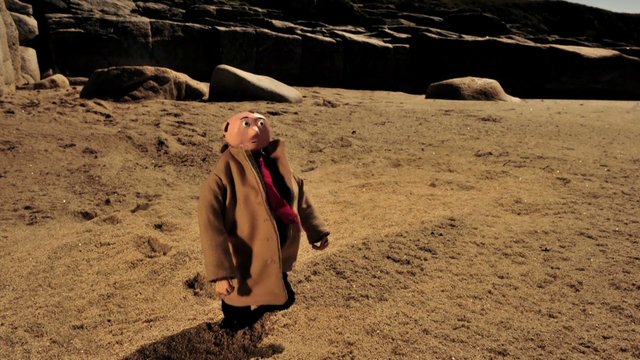 Inspired by Finding Nemo, and shot in Rennes (France), A Ride Towards the Sea (Une balade à la mer) is a hybrid of live-action and stop-motion. It tells the story of a little man who goes out into the real world, but is not able to catch up with it.

Damien Stein directs eloquently the conflict between the art of live-action cinema (big and imposing) and the minuteness but tenderness of animation.

His always puzzled everyman seems like a modern Mr. Hulot caught in the wild world of the uproarious city noise.