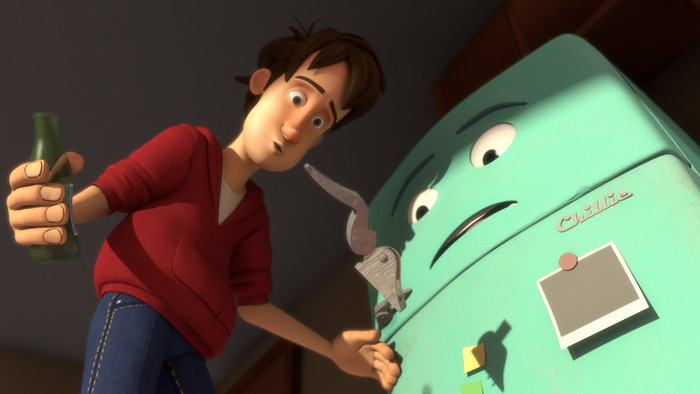 Trouble with your fridge? Watch the charming Runaway.

Runaway (by the Paper Planes team) is a story about a misunderstanding between a man named Stanley and his treasured 1950's refrigerator, named Chillie.

Set in the present day, a sad event sends Chillie into a whirlwind of emotional turmoil, and as a result, he runs away.

Runaway excels in fridge expressions and movement -not chilly at all. The sense of loss Chillie faces when feels abandoned is charmingly devastating, like a kid lost (but we know it is to be found anyway).

Runaway is a student animated film by Susan Yung, Emily Buchanan and Esther Parobek at Ringling College of Art and Design.