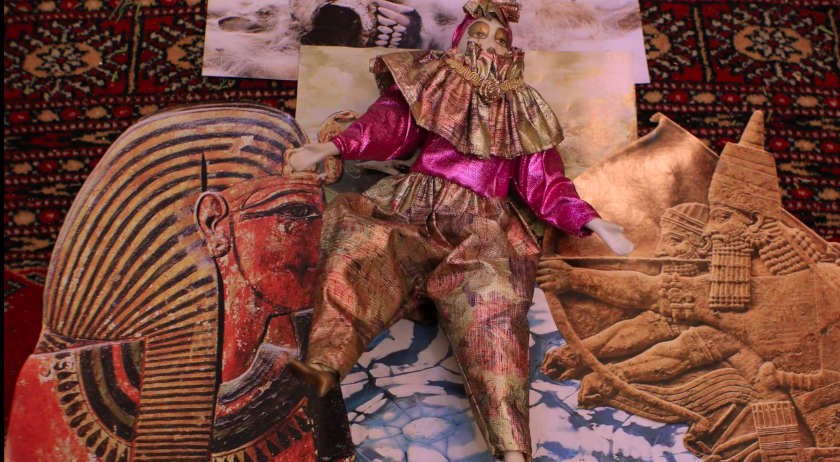 Hot Jam Factory is an avant-garde band based in Brooklyn (out of Harrisburg, Pennsylvania). For their new album, Hot Jam Factory & The Hi-Fi Underside, enlisted Eric Leiser to direct the videoclip

As he himself tells to Zippy Frames, "they were fans of my short cut-out stop motion short film titled NORSK FOLKSANG (2011), so they wanted me to animate the secret track called 'Secret' that plays after the end of the album. Leiser short this on camera from January to March 2020, "basically watching the horror when Covid-19 came into the world".

Animating what he himself calls "a very meditative, wistful and soulful track that has a melancholic foreboding way about it", Leiser used cut-out collage, in line with a direct automatic surrealist technique. London artist and illustrator Louis Wain (1860-1939) was a paramount source of inspiration.

Finding and cutting out images then animating them with no planning, storyboarding, or multi plane as I usually would do was refreshing. Looking back at it now I see that animation helped me work through the present while looking into the future without being too aware of it at the time. Once more animation is a medium in which the Creator lovingly speaks to us as with dreams. This love guides me and I hope everyone through the valley of the shadow of death with the light of life inside us. -Eric Leiser

Eric Leiser now moves on to his latest animation feature project, Twilight Park, a stop-motion feature film about a boy who gets the chance to enter his grandpa’s mind and live out his past memories to save him. 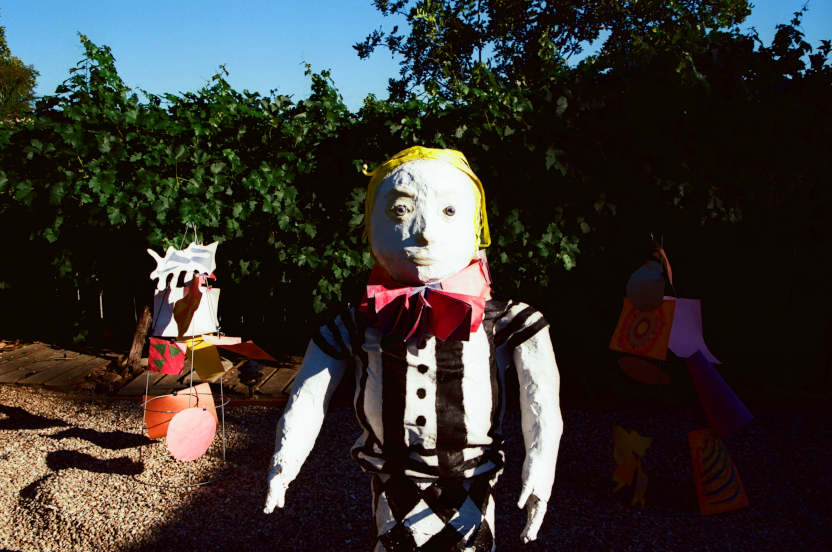 Eric Leiser wants to have each piece of a work a harmony task, and this new video is not different. Cut out, collage and live-action mingle together in a story where sea creatures undertake to lead into a play and a dance of death and life, history, and present. Religion and culture, times distant and more contemporary become a synthesis piece where the circle of informed life predominates. Leiser portrays decays as an inevitable register, but also has a 'secret' ascension to a higher ground -his live-action forest photography with the low angle shots of tall tree branches is one such instance. Animals here create their own, never ending spirals of unity among the diversity. It is a soothing, but still moving video (and musical piece); and charming to watch.

His most recent solo exhibitions include the recent Horse Hospital London exhibition, Galerie Entropia in Poland, MaRS Gallery in Los Angeles, Galerie du Haut Pave in Paris, Sound of MU Gallery in Oslo, Holocenter Museum and Flux Factory in New York City, and the Central Academy of Fine Arts in Beijing. His films have screened in the world’s top film festivals most recently at the Cannes Film Festival, Annecy International Animation Festival and the Hiroshima International Animation Festival. His recent 4th feature film Apocalypsis was released by Lionsgate in 2018. A retrospective of Eric’s work is available online through art film distributor kinoscope.org,

About Hot Jam Factory:
Hot Jam Factory is a young Art Rock band conceived by front man Jordan Trevino and include Sean Saman and Margaret Gehman, but performs with anywhere from 4-12 of their friends. HJF takes influence from a broad range of genres creating an emotional and captivating experience. Hot Jam signed to CI Records in 2014, with the release of Introducing Hot Jam Factory, their critically acclaimed label debut, and have released a series of digital singles since.