So I Danced Again... by Lottie Kingslake 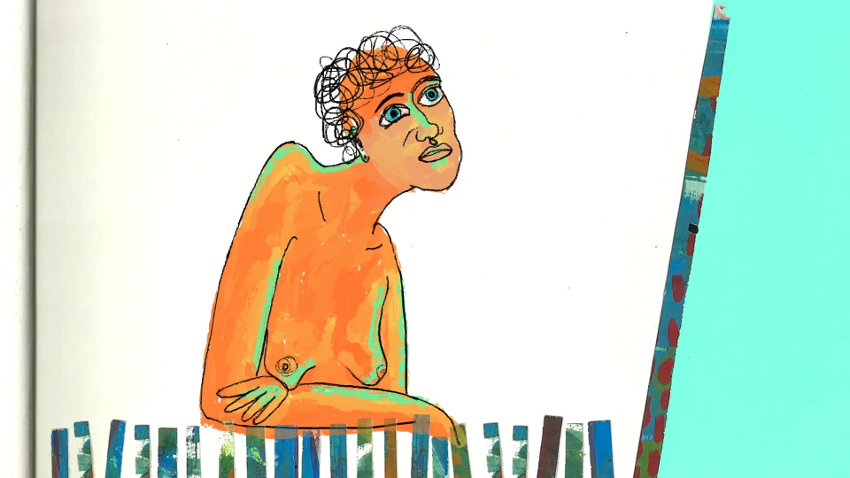 Notes in an animated sketchbook depict a meandering attempt to investigate the meaning of sounds we hear in the world. But perhaps the only response is to dance.

The film actively engages with the unfinished, the sketchy, half-understood words and meanings, and the need (at the same time) to grasp the full experience. This in turn invites stick figures, colored blocks of all sizes interacting with each other,  full character figures, leaving a full dance performance for the end. Kingslake had watched YouTube videos of a dance practiced by followers of the charismatic mystic Gurdjieff, and this was the impetus for her work -even though she finally ended doing her own interviews.

In a sense, this works better. Sound is as much important in the film as the visual experience itself, and what matters most is how you can get the whole menagerie of vocal experience in your work. Having a sure hand in the editing process (Kingslake recorded the interviews by visualising them in synchronous collage waveforms), both director and Ben Woodbridge make the film a vocal adventure to watch -always interesting.

So I Danced Again may imply that rationalization is hopeless, but the film itself is equally important in showing the failure of rationalization. Just like a sketchbook,  you need to make your notes for a film, before you decide to throw them away and start shooting.  So I Danced Again is playful and suggestive, both meditative and using everyday talk, an experimental animated sonatina in the making. 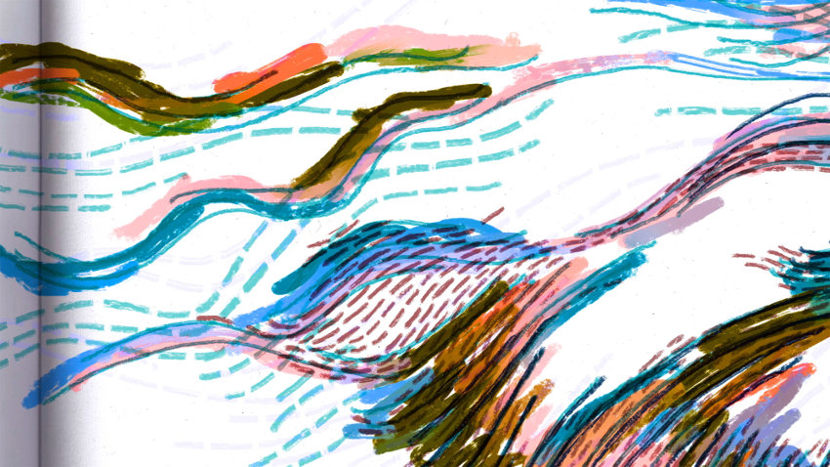 Lottie Kingslake is a London-based 2D animation artist, and a graduate of Royal College of Art, with a painterly sensibility and a keen interest in rhythm. Her other animation works include the short film Of the Apple,  while her commissioned work includes pieces for Garrick Shakespeare Festival, Oxford University and other clients.