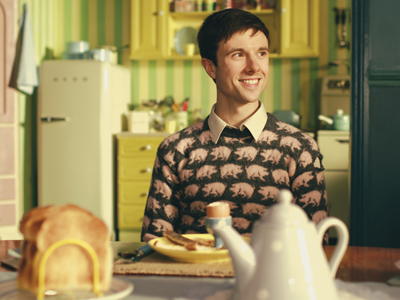 Stanley Pickle is a short pixilation film shot entirely on a stills camera on 2 sets and 2 locations at the NFTS, UK.

Stanley's life runs like clockwork, until a chance encounter with a mysterious girl turns his world upside down...

The film is unique in depicting inner cruelty and human kindness at the same time, and suggests that nothing is more frightening than a family breakfast.