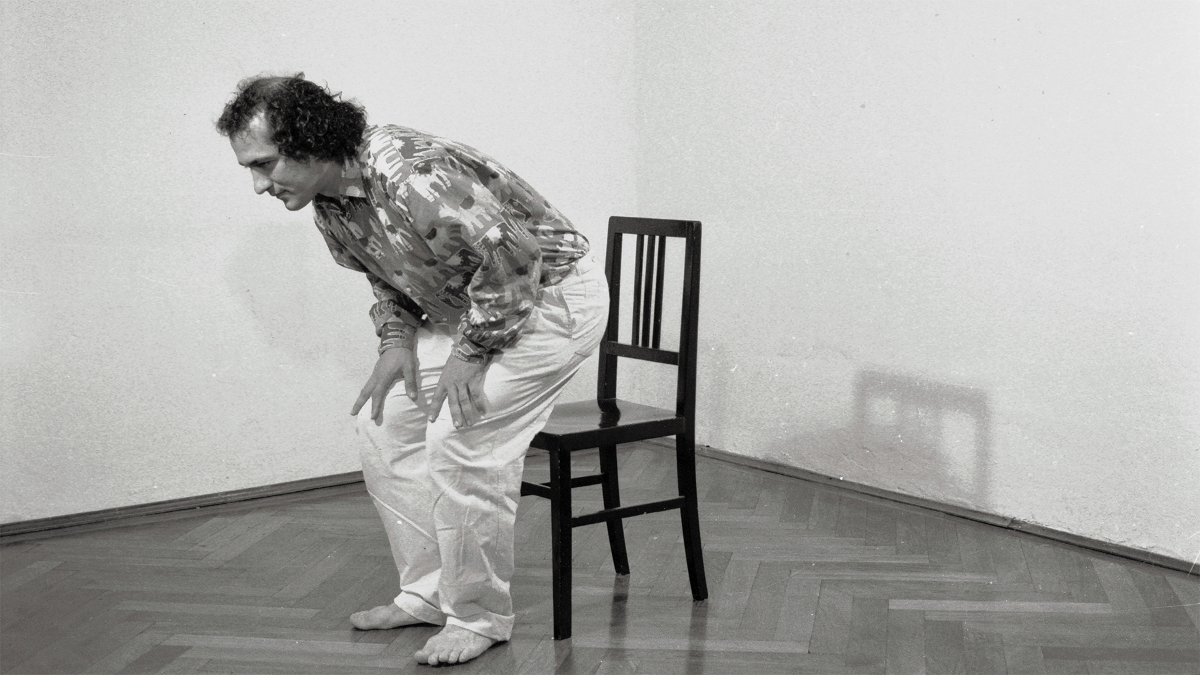 Using himself in a variety of moments and time ages (from 1992 to 2011), Austrian experimental animation artist Thomas Renoldner self-describes his film as a self-portrait, the confrontation of "kind of" an avant-garde film with "kind of" a music-video, and thus puts questions about the standard taboos and clichés of both "genres".

Starting with old photos pinned like cherished objects to be adorned, Sunny Afternoon soon proceeds to a black-and-white static camera shot. This accounts for the most laborious (but energetic and completely non-stop) process of sitting on a chair; after a revolutionary, heart-beating entrance, accompanied by a soundtrack that keeps penetrating your brain, you finally become ready to face your imminent (and older) future through a window. 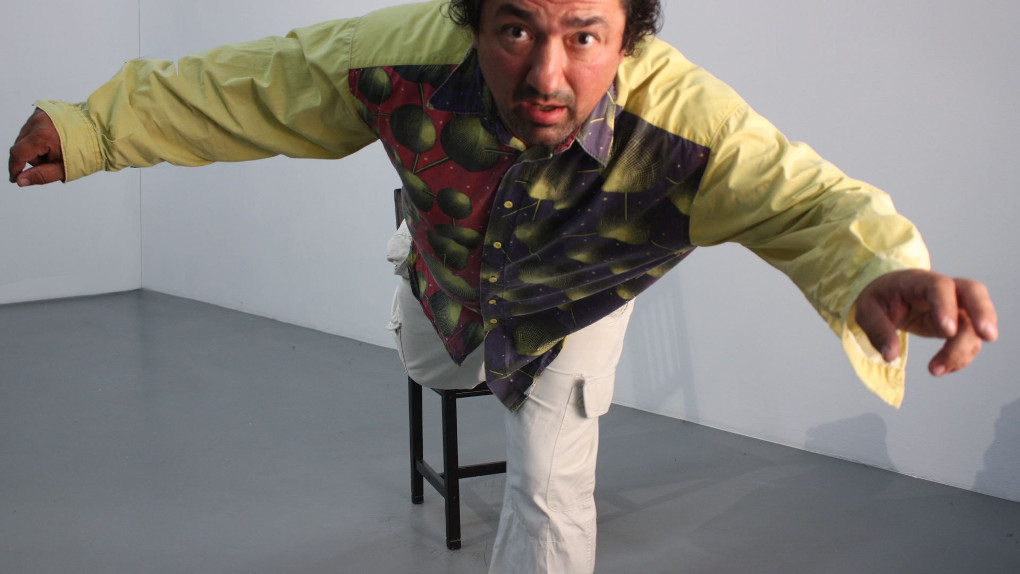 The second part separates the artist from his chair; the chair keeps twisting and round movement predominates instead of the diagonal, edgy framework of the first part. The artist is now relegated to being a mouthpiece for the eponymous, nondescript Sunny Afternoon song. Shot dissolves, black drawn lines will tentatively suggest a space between the singer and his object.

However, this proves futile. It only takes a zoom to the inevitable conclusion that the object and subject of observation here is only spatially differentiated -or duplicated, for that matter. Sunny Afternoon makes a lot more than having dadaistic fun with its subject; it embeds it in all different kinds of context only to annihilate it in the end.

In this film I fulfilled my dream to bring a students' project to an end. The result is quite different from the original script, since I enjoyed so much to explore and play with new possibilities of digital editing. I did not expect the huge international success of it and I traveled around a lot presenting it - Thomas Renoldner.

Sunny Afternoon was completed in 2012, and participated in more than 100 festivals worldwide . Watch an interview with Michał Bobrowski from the 2012 Animateka festival). 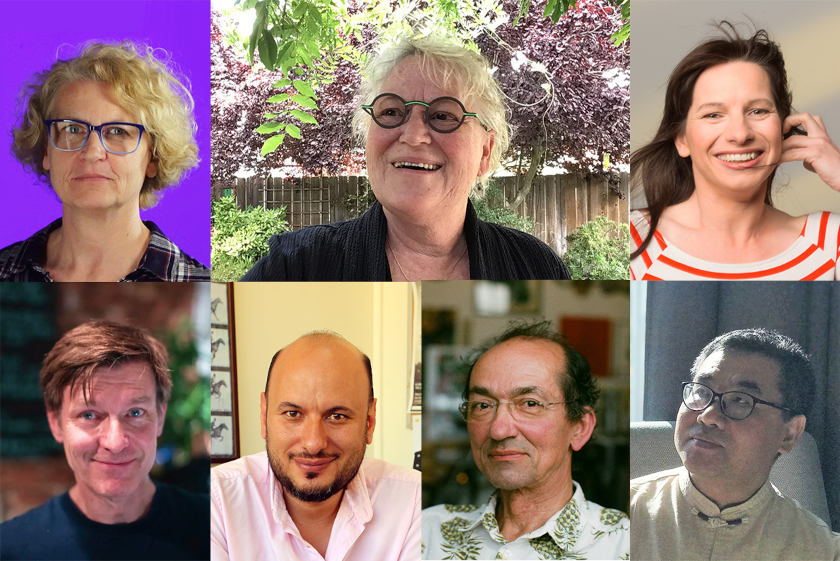