The Boy and his Atom: Stop-motion atomic film by IBM 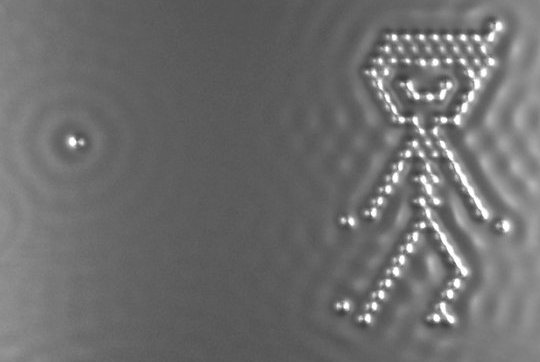 The leading IBM company holds that the ability to move single atoms — the smallest particles of any element in the universe — is crucial to IBM's research in the field of atomic memory.

In that spirit, IBM researchers used a scanning tunneling microscope to move thousands of carbon monoxide molecules (two atoms stacked on top of each other), all in pursuit of making a movie so small it can be seen only when you magnify it 100 million times.

IBM claims that A Boy and his Atom holds the Guinness World Records™ record for the World's Smallest Stop-Motion Film.  The Boy and His Atom is an enjoyable  and playful film.

See the making of the film below: