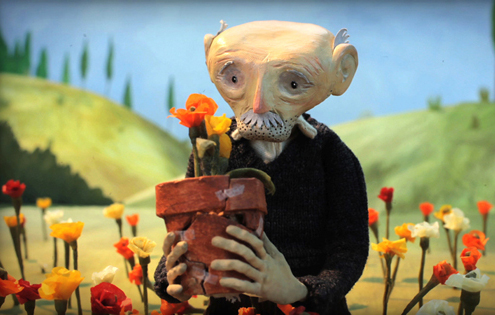 The Man who Was Afraid of Falling by Joseph Wallace

A stop-motion film by Joseph Wallace, which reminds of the fears we all face.

The synopsis: "Ivor’s life is turned upside down after a falling plant pot sparks a series of paranoid reactions."

Joseph Wallace's film reminds us that being overprotective does not make our fragile life more secure, but rather less interesting and beautiful. This is a graduation film from Newport Film School, created in eight months. Shot with a Canon 5D and DragonFrame. Almost everything made from cardboard.