The Present by Joe Hsieh 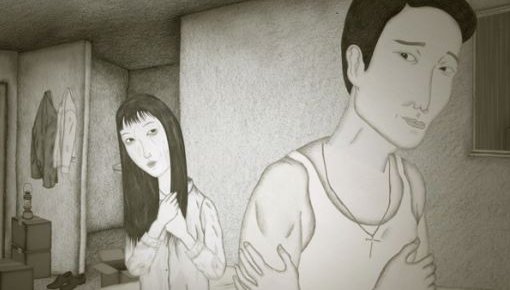 A married man checked into a hotel late at night. Unexpectedly, the hotel owner daughter, Kung Cher, fell madly in love with him and snuck into his room to confess her love. Shocked and not knowing how to react, he cajoled Kung Cher and escaped abruptly the next morning. When Kung Cher found out that she was betrayed, her love turned to hatred; and thus began this suspenseful and intriguing tale.

Even though it's prominently highlighted, what's interesting in The Present is not so much its premise on religion and its aftereffects. Joe Hsieh's film is rather an exercise in narrative suspense, which builds from a limited color palette, design and dialogue to lead inadvertently to an ominous future -even when everything seems to be settled inside family values.

The Present has been selected in many animation festivals, including the 2013 Holland Animation Film Festival.