The Renter by Jason Carpenter 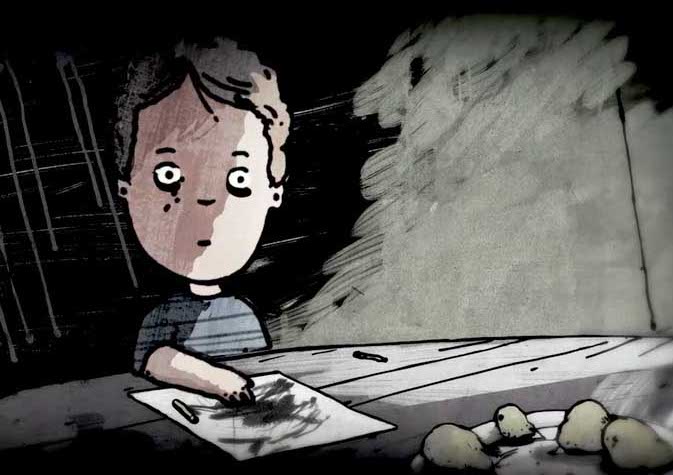 A young boy is dropped off at an elderly woman's home for the day. A lone man, who rents a room, adds to the unsettling atmosphere. The savage slaughter of a chicken makes this daycare a harsh and confusing world for the boy, who learns caring can be shown in unexpected ways.

The Renter matches intense drawing qualities with a powerful, nightmarish narration. To date, The Renter has won 18 awards/nominations (including Best Student Animation at Ottawa 2011 and Grand Prix at Cinanima 2011), and has screened at more than 85 film festivals worldwide. Visit www.therenter.net