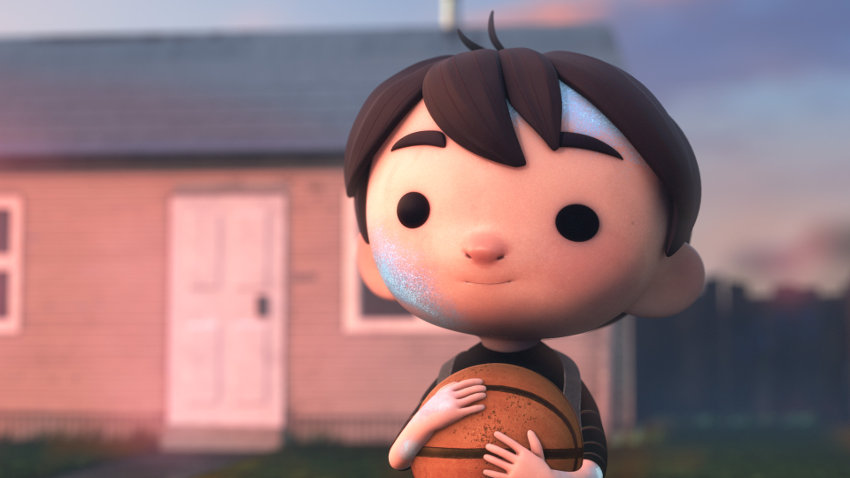 The Stained Club is a graduation film made by six friends (Melanie Lopez, Simon Boucly, Marie Ciesielski, Alice Jaunet , Chan Stéphie Peang, Beatrice Viguier) in France at Supinfocom Rubika Animation School in 2018 for about one year. After a year in festivals, with more than 150 selections and 30 awards (including SIGGRAPH 2019 Jury Choice award), the film is available online.

Finn has stains on his body. One day, he meets a group of cool kids with different stains on their bodies. One day, he understands that these stains aren't just pretty.

It is to the film's credit that it achieves, through its cinematography, careful lighting and gentle sound editing and music selections, a warm outcome out of its harsh subject-matter. Everything seems abandoned, a product of a bygone era in the junkyard where the children are playing. Having no present stimuli to act, they begin to devise roles (Superman, Captain and more) that tell more of their aspirations than their actual predicament. To be honest, being outside is better than the grim interiors of Finn's home (a superb voice acting job by  Lucas Lopez, with ebbs and flows in his intonation).  A slim and rude faceless mother, whose only pleasure is TV binge-watching, can't really make her son happy after all -quite the contrary.

The Stand-by-me animated offspring gets its power from the characters' interaction -the scene between Finn and Connie being the film's standout, and gets its message clear enough: you can't be deceived if you start understanding the others around you.

Here's the making of the 3D computer animated film