Korean animation director Changsoo Kim was in competition at the recent Annecy Festival with his animation short Things That Disappear. We caught up with him for Zippy Frames.

Indie animation is not afraid to bring topics that directly affect our common lives. The Korean animation short 'Things That Disappear' by Changsoo Kim was selected (official competition) for the Annecy Festival 2022. And it tells the story of an elderly person living alone in a redevelopment area, holding a funeral for a dead cat on the street.

The concept is interesting and empathetic, and its treatment is distinctive. We talked with the director Changsoo Kim at Zippy Frames.

ZF: We've seen hundreds of animated shorts with animals and pets, mostly funny ones; your film is not one of them. Did you have other, similar films in mind when making this one? Or did you draw from personal experience?

CK: Things That Disappear is a film that began from a very personal experience. My mother, who passed away while living alone in an old house in a redevelopment area, and the cat that lives with me are the motifs of the film. The film was also based on my memories of a traditional funeral procession that I saw when I was a child.

ZF: I was wondering which area is depicted here and whether it's typical of a Korean / Seoul suburb. Did you have references for the settings here, and how did that influence your aesthetic?

CK: The film is set in a provincial city in Korea. As a reference, I used the old house in the redevelopment area where my mother used to live alone. The film’s setting is not so different from the outskirts of Seoul, so I visited the redevelopment areas there to use as references as well. The old houses in redevelopment areas, the abandoned furniture, and the stray cats left there made me think about things that are disappearing. And those thoughts had an impact on every aspect of the film.

Watch the 'Things That Disappear' trailer:

ZF: The cat color when she's cleaned looks almost painted and velvety, it's really effective. Did you do everything on the computer? Give us more details on how you worked on the character design and animation.

CK: In Korea, one of the funeral rites involves cleaning the body of the deceased and wrapping the body in a shroud. This is called “yeomseup.” It’s the most important part of the funeral.
The old woman cleaned the cat with her heart and soul, and I wanted the cat to shine brilliantly. I used the computer for all the work. The character design of the old woman was based on my mother, and the cats were based on my own cat and stray cats in the street. The cat funeral procession was designed based on a traditional Korean funeral procession that features a flower bier. Overall, I wanted the animation to have a still and serene atmosphere without being dull. I wanted the movements of the old woman and the cat to be simple and the colors to be less saturated to fit the tone of the film. The sound and music also support the tension and rhythm of the film.

ZF:How big a problem of gentrification (re-development) is in big Korean cities?

CK: Not just in Korea but cities everywhere face the same problem of gentrification. There are pros and cons, but ultimately it’s an issue of money. The original residents who can’t afford the costs of redevelopment must inevitably watch as the places where they lived vanish and they themselves are forced to leave.

ZF: Can you tell us a bit more about the production of the film itself? How long did it take, what was your funding, and the people who helped you along the way?

ZF: Without giving spoilers, I enjoyed the cat parade in the middle of the film. Is this an accurate description and iconography of what usually happens in Korea in such situations? And had you planned this scene from the beginning?

CK: The cat funeral procession was one of the starting points in the film’s planning. The film began with the images of an old woman left alone in a redevelopment area and a dead cat, an endless field of cotton, and a flower bier procession. 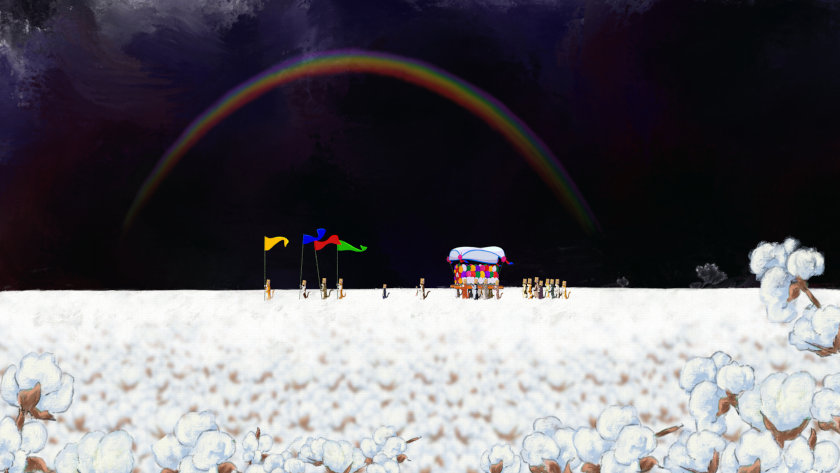 The flower bier procession, which was the inspiration for the cat funeral procession, is a Korean funeral tradition that has nearly vanished. It’s a crucial scene in the film, but I’m also saddened that it is part of a culture that is disappearing. So, I wanted to faithfully portray it in the film.

ZF: Does it affect you personally making a film that tells a sad story? Or perhaps you don't think this is a sad story in the end?

CK: 'Things That Disappear' is about an old woman and a stray cat, a rundown old house, and a flower bier procession. These are all things that are disappearing, and this film is an attempt at consolation for them. I believe the things that disappear don’t go away completely but can remain and live on in someone’s memory. Rather than a sad story, I think of it as a comforting story.

'Things That Disappear' competed at Annecy Festival 2022, a festival that, as the director says, 'it's the foremost animation festival'. The film itself is an observing meditation on things lost and their remnants still remaining on us, between humans and non-humans; a unity that somehow 'redevelopment' misses in its big ambitions. 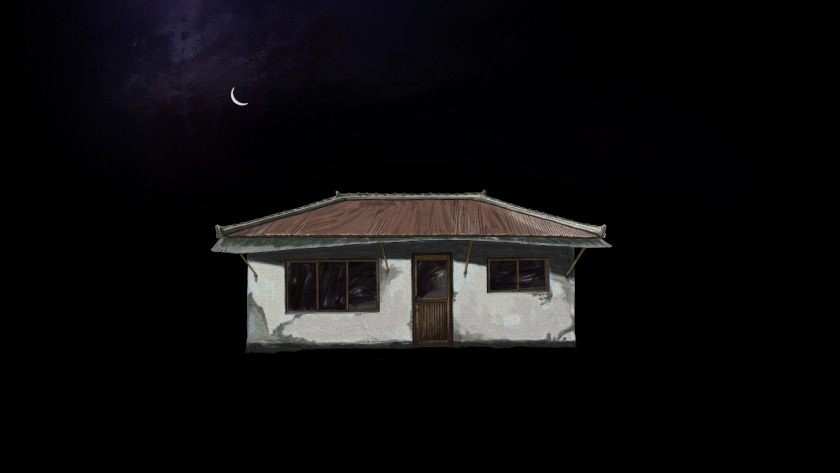 The article is part of the Contemporary Korean animation series and benefited from the help of the Korea Independent Animation Filmmakers Association (KIAFA).