We met him during the boggy-land themed 'Sog' (2017) a multi-awarded, multi-technique animation short that introduced to a natural world of moral cruelty and compassion (taking turns). German director Jonatan Schwenk has just finished his new animation short, called 'Zoon' (from the Greek work meaning 'beast); the film will have its world premiere at Sundance Film Festival 2022.

In the dark swamps of a nocturnal forest, a group of gleaming axolotls is in heat, nuzzling and nibbling one another’s limbs. Soon a much larger, two-legged forest-dweller encounters the lustful group and reaches down to gobble one of the small shimmering creatures. His plump friends begin to partake as well and a feast begins. While dawn is slowly breaking, a cheerful game begins higher up in the branches - Film Synopsis

We had a chat with the director at Zippy Frames, who did his own research for the film. "I’ve watched a lot of axolotl footage, and I like this great discrepancy between heartwarming cuteness on one hand, and cruelty on the other, when they eat worms or even their siblings. In our film, though, they’re pretty harmless beasts".

Yet axolotls are not the only beasts in the film. 'The audience can expect to encounter several kinds of creatures, fireflies, a grumpy mole, a skeptical owl, some undefined species…, and some big two-legged creatures'.

The idea for (once again particularly titled) 'Zoon' came to Jonatan Schwenk after finishing the rather dystopic and violent world of 'Sog'. 'I needed something more uplifting, something brighter and more cheerful' he tells Zippy Frames. As with 'Sog', Merlin Flügel again co-wrote the film, that is technically Schwenk's graduation film from Hochschule für Gestaltung Offenbach (helped with regional HessenFilm und Medien GmbH funding and FFA funding). 'The first draft of the story was written in summer of 2019, the shooting of the puppets took place in December. The last backgrounds and sound mix were made in summer of 2021'. Almost two years' work in a self-confessed 'nonetheless terribly underfinanced' project, where Schwenk could not pay himself, because as a student he was not allowed to do so. So, this film must have meant something.

'I like the idea of the forest as the place where anything happens', Schwenk explains. 'When I was little, we lived right next to a forest for a few years. Many of my childhood games took place there. The characters in the film also have something childish and playful about them'.

Yet from the idea to the film execution, a lot of things have to be taken into account -especially in this multi-animation technique that 'Zoon' uses: stop-motion animation with puppets (the axolotls) , 2D animation, 3D elements, and (for the first time) puppetry as well.

Schwenk explains that no one on the set had any experience in puppetry. 'All the puppeteers were super talented stop-motion animators, namely Max Mörtl, Thalke Thyen and Anne Breymann (who also built the biped puppets!), or 2D animators like Merlin Flügel and Maria Teixeira. But everyone was interested in trying a new technique and so we discovered the peculiarities of the technique throughout the 5 days of shooting'. Unlike stop-motion animation, puppetry rewards immediately with its results ('it can be super funny to see the spontaneous reactions of the puppeteers to each other'). 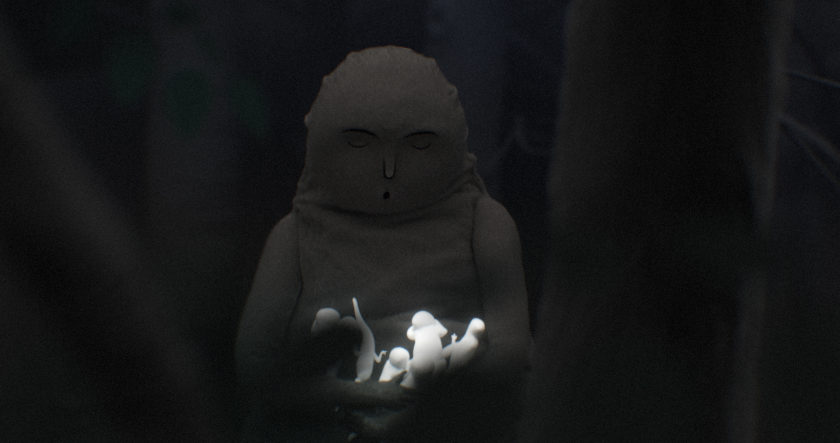 Schwenk animated the big biped puppet faces in TV paint, whereas Marta Magnuska drew the hands and feet. 'There was a small team dealing with a lot of rotoscoping to remove the guide rods, there was keying to be done and lots of tracking - a lot of work that luckily could be done remotely during the Covid lockdowns'.

For the stop-motion part of the axolotls, the procedure proved to be simpler. 'They barely had any armatures inside, most parts of them including all the limbs were just plasticine. I animated the stop-motion part in maybe the tiniest stop-motion studio in Berlin, on around 2 square meters without the possibility to set up stands because the floor was wobbly, so everything had to be hung on the walls and ceiling. Surprisingly even the shot with the slider movement, that is also in the trailer, was somehow doable in such a limited space'.

Watch the making of Zoon, via Sundance Film Festival

Backgrounds came from a combination of photos the director took (like a tree trunk for close-ups), digitally drawn elements (leaves), and 3D renderings of trees. 'They were made by Ferdinand Kowalke, who was also the cinematographer for the puppet shooting. Only one shot was made completely in 3D by Valentin Oellers', except for the puppet'.

Schwenk simply painted himself some shots in the film in TVPaint. 'I hope to do more of this for my next film, as I realized that I miss some more direct way of working on the images; I mainly painted before I studied film'. 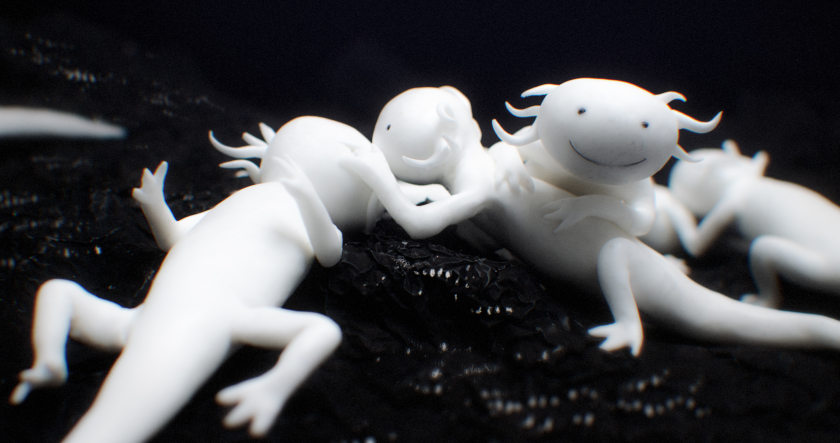 Schwenk considers himself lucky that Marc Rühl worked on the compositing of parts of the film; he did, for instance, the very first shot of the film, which is also featured in the trailer, the axolotl climbing out of the water. David Kamp, as the sound designer and composer, took up the idea of the film to tell a journey that starts down on the forest floor and ends somewhere completely else. 'He evolves the sound from small to huge, from very low to super loud, from reduced to almost overloaded. Just like the picture changes from dark to bright, from almost black and white to saturated… We did the same thing in the 5.1 surround mix: first the sounds concentrate on the center speaker, slowly move into the room and end up coming from all sides and speakers. I just hope most people can watch the film in a cinema where all the above works way better'.

Any hidden meaning or moral in the film? 'No,  I try to not judge the actions of my characters, although there is a way to perceive the film that way. I rather try to simply observe the two species with their opposing approaches to life. But, most of all, I hope that people will lean back for a moment and simply enjoy what they see and hear'. 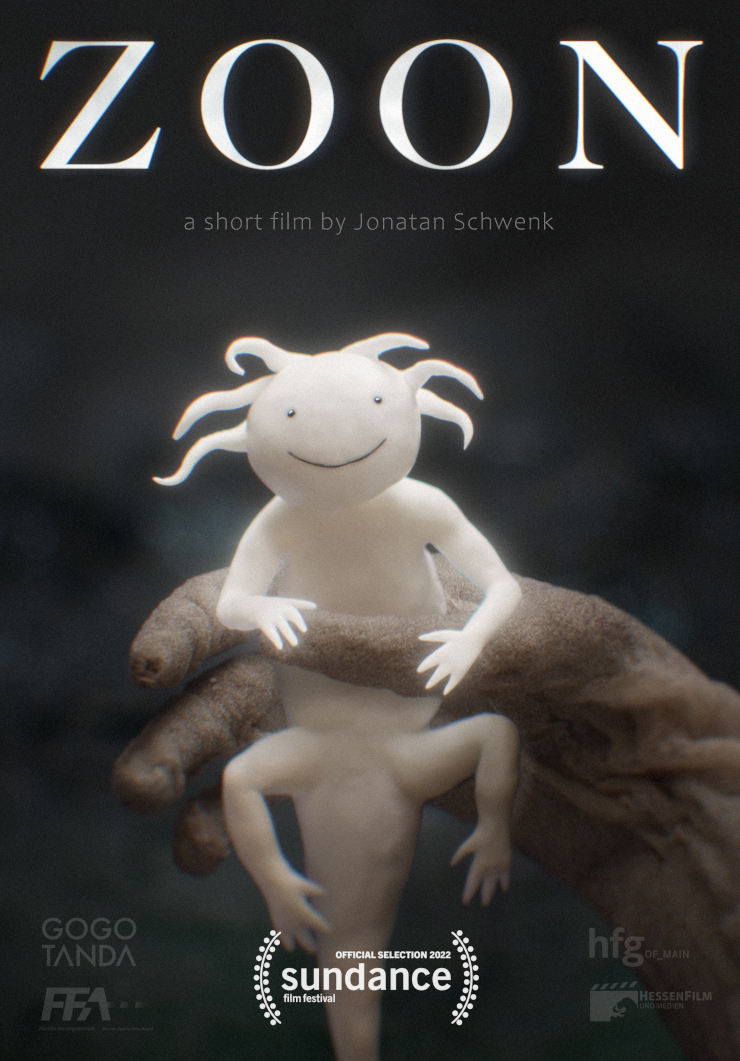