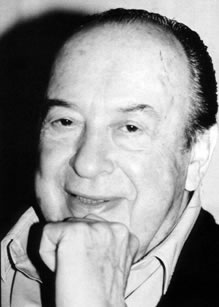 The Marc Davis Lecture was established (in conjunction with the Academy of  Motion Pictures Arts and Sciences)  to provide a forum for film animators and other experts in the craft to share their experiences as well as to explore with colleagues the challenges of creating animation for the screen.

The 2013 panel, entitled "Giants' First Steps", explored the student works and early careers of the participating directors. Clips from their student films were shown as part of the session.

The Academy's first Marc Davis Lecture took place in 1994 with Davis himself, one of Disney's "Nine Old Men", as the inaugural participant in this lecture named in his honor. Davis' association with Walt Disney and the Disney Studio began in 1935.

Among the characters to whom Davis gave shape and life were "Bambi", "Brier Rabbit", "Cinderella", "Tinkerbell", "Maleficent" and "Cruella DeVil." He also did extensive preliminary work on a number of the attractions featured at the New York World's Fair, Disneyland, Disney World and Tokyo Disneyland, including "Great Moments with Mr. Lincoln", "Pirates of the Caribbean", "It's a Small World" and "The Haunted Mansion."