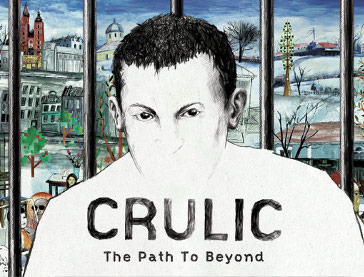 Crulic: The Path to Beyond [review] tells the true story of a 33 year-old Romanian Claudiu Crulic, detained on a Kracow prison, who starts a prolonged hunger strike.

LUX Prize was established in 2007, and is awarded annually by the Members of the European Parliament. It pursues two main objectives: spotlighting the public debate on the European Union (EU) project and values and supporting circulation of European film-productions within the Union.

Crulic was one of the 10 feature films initially selected, out of which the final 3 nominees will be announced on 24 July at Rome.

The three films will be screened as special events at the Venice Film Festival (29/08-9/09), and in all the 27 Member States of the European Union from 15 October to 20 November.

The LUX Prize 2012 will be officially awarded on 21 November 2012 during a sitting of the European Parliament in Strasbourg in presence of the film-makers.

Crulic has also secured a theatrical release in France ,  opening in 12 December 2012