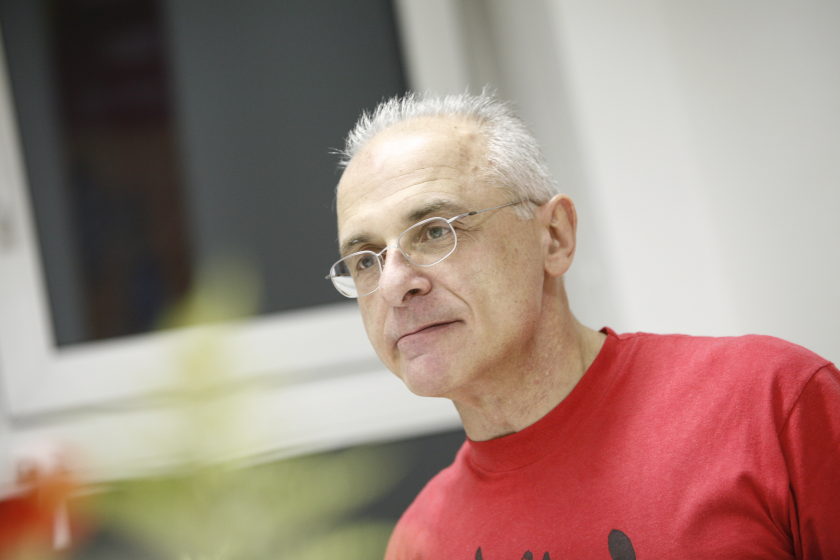 The first (and perhaps one of the very few) polymaths in the history of animation studies. The always amiable historian, writer, scholar and teacher Giannalberto Bendazzi passed away (news were announced 14 December via ASIFA Italy).

Author of more than 30 books in animation studios (and a lot of research and journalistic papers as well), Bendazzi was of the type who absorbed amassed all info in animation films -even the ones that could be thought trivial or uninteresting, and put it into a broader perspective and part of a grand opus. 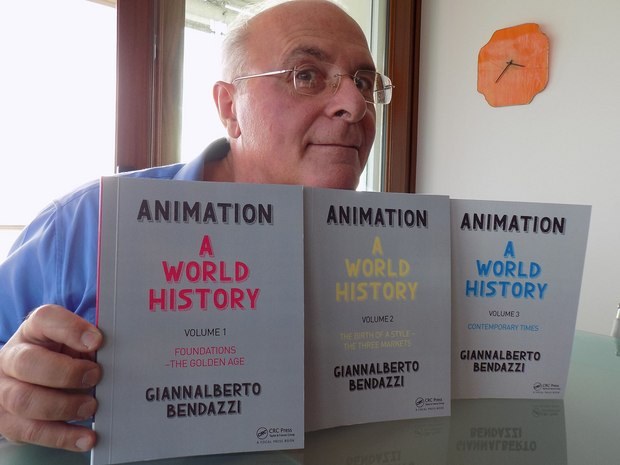 He was born in Ravenna (1946); he grew up in Milan, and started journalistic work in animation since he was 19 years old (he graduated as a lawyer). A 1983 edited book on Alexandre Alexeieff (Pages d' Alexeieff, Annecy: AAA) was followed by his own first grand opus in animation: the justly celebrated Cartoons: One Hundred Years of Animated Cinema (Italian edition: 1988; a French, a Spanish and an English-language edition followed with many reprints).

It must be reiterated that animation cinema is not necessarily for children, is not always comic, and has only a faint relationship with printed comic strips (with the exception of the first twenty years of this [20th] century in the United States of America). Unfortunately, the historical and critical literature on animation is comparatively one of the most scanty in the field of cinema. The following chapters aim to demonstrate that, on the contrary, animation deserves to be studied and that this rich, eclectic field includes some of the most valuable works of our time - Foreward, Cartoons: One Hundred Years of Animation

He reiterated this general history opus with an even more ambitious attempt. The 2016 work Animation: A World History (CRC Press, 3 volumes) when he and his collaborators attempted to scout every possible animation auteur and work hidden under the sun of global animation.

His interview during the Animateka 2015 festival:

Delivering a keynote lecture during the 2015 Animafest Scanner conference, Bendazzi identified in his speech two main problems with animation scholarship: the language barrier and the copyright problem. The diversified output of animation writing output (in French, Russian, English, Italian, Croatian), which was not really taken care of by the English scholarship, had resulted in that animation scholarship seemed each time to keep reinventing the wheel.

The second issue was copyright: especially for non-US films, he identified this as an exercise in hunting in itself. Independent animation work of the past being an obscure sport for most of the times, the resultant heirs of the artists did not even know the value of the works -and could not be convinced to provide stills, film excerpts for academic research.

Bendazzi taught at the Università degli Studi di Milano (2002-2009) and at the Nanyang Technological University of Singapore (2013-2015); he was a founding member of the Society for Animation Studies (1987). Since 2001, he had been adjunct professor at Griffith University in Brisbane, Australia.

When talked to Zippy Frames about his 2018 monograph on the Italian animation pioneer Quirino Cristiani (find it here), director of the first ever (now lost) animation feature, El Apostol, Bendazzi was sure to connect the man and his work with the times.

From 1916 to 1930 freedom of thinking and expression was complete in Argentina, and such freedom matched very well with Cristiani’s bohemian lifestyle. In other times, his life would have been no less fascinating, but his artistic output would have been censored and repressed - Giannalberto Bendazzi

Bendazzi received a honorary doctorate in 2019 from the Portuguese ULHT - Universidade Lusófona de Humanidades e Tecnologias, during the XXXI Conference of the Society for Animation Studies. 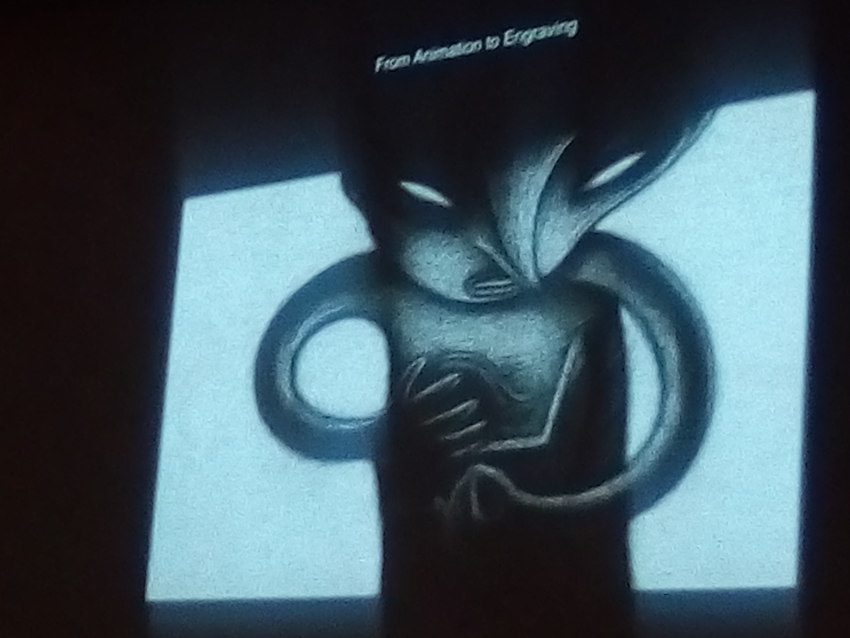 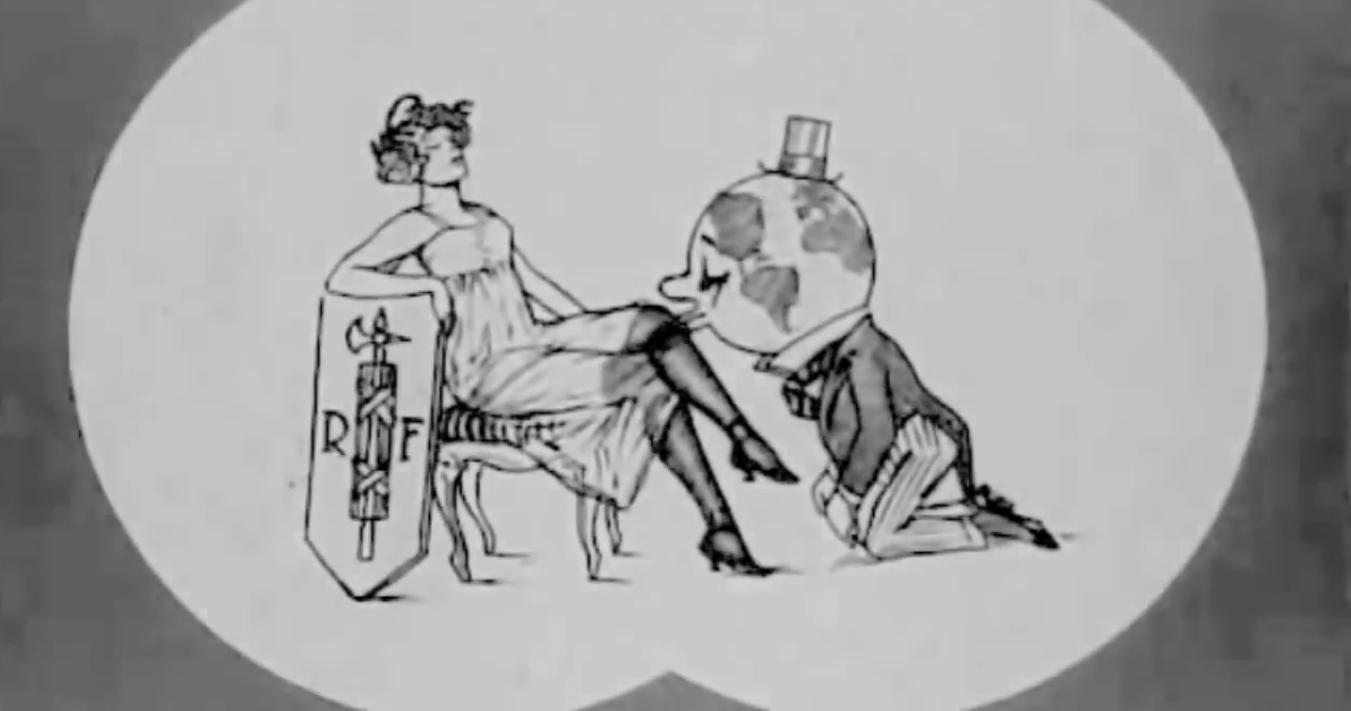 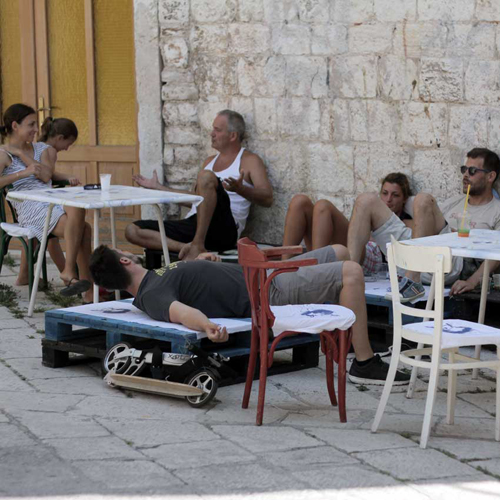