When we first heard the news of the feature selection of Bucheon International Animation Festival, one Japanese/Indonesian production called True North by Japan-based Korean director Eiji Han Shimizu. It was one of those things that you couldn't get your eyes off the images and what it depicts. The film went on to win a Special Mention at the 36th Warsaw Film Festival ("the tribute to those who cannot speak freely" mentioned the jury statement), plus the best animated feature award at Nashville Film Festival.

When Yohan is nine years old, he, his mother and sister are forcibly relocated to a notoriously cruel political prison camp in North Korea.  His innocence is gradually eroded by the harsh brutality of the camp, while the rest of his family tries to maintain their decency and compassion for their fellow humans.  Years later, after being devastated by the sudden and tragic loss of a loved one, he begins to reassess the meaning of his life - even as he struggles to survive in the worst imaginable living conditions - Film Synopsis 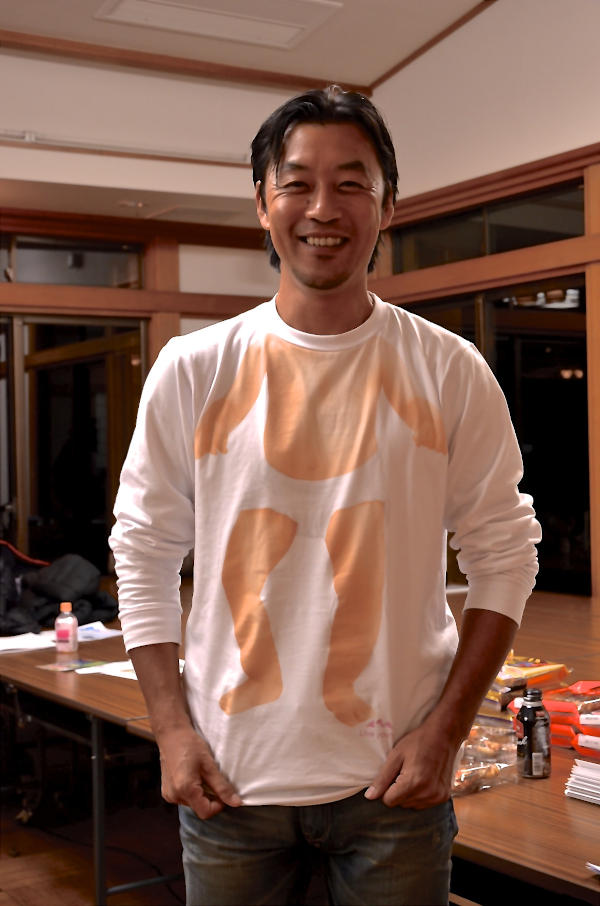 We got in contact with Eiji, and interviewed him for Zippy Frames on  the origin of this film and his personal commitment to this project. His parents being based in Japan after the war, they were lured by the North Korean regime in the 60s and 70s to return to North Korea, to regain their place of birth. It seems that over 93,000 Koreans finally relocated  to North Korea, but Eiji's parents did not. ("We don't know how  their lives are", Eiji says.  "Some of them ended up in a political prison camp")

In a subject matter so sensitive (and personal), an extensive research had to be made. Armed with his own documentarian background, Eiji Han Shimizu interviewed different groups. The first ones North Korean born citizens who had allegedly committed crime ("completely nonsense", he mentions); those were sent to political camps and then got released.

The second group consisted of 30 senior women; those were born in Japan, but they sought (in the 1960s and 1970s) a better life and moved to North Korea. While they didn't go themselves to a prison camp, they were ripped off their possessions ("simply because they came from the country, which was the former enemy of state"). They were sent to the countryside in dire circumstances, where they were left to their own devices to survive, before they finally defected; they now live in South Korea.

Eiji also interviewed a former guard. He defected to South Korea and now runs his own NGO, documenting the stories of the victims. "I cannot go into North Korea and do the research, you cannot get a lot of videos and photos" Eiji states. "So it was very difficult to find out how the prisoner look like the guns they use and, and so on. So basically I have to rely on these NGO people, and their testimonies and written stories and books".

The film, produced by  Sumimasen PTE, sought but failed to get any South Korean financial support.  Reasons of diplomacy and ongoing top-level negotiations might have been the reason, and the way the narrative needs to be controlled. "As soon as they heard that I'm dealing with North Korea, they didn't want to talk about it. It's a very sensitive subject. It stirs the soup.".

Armed with a Kickstarter campaign funding, but with a miniscule budget on board ("a big chunk of my savings had to go"), director, producer and writer Eiji Han Shimizu describes this as his own calling, which started 10 years ago. "I felt that this is a part of my life mission. There are lots of other options such as making money, and I do enjoy other activities as well. But because I thought this is my life's mission, I cannot escape from it. So I did it, but it was hard."

Watch the Making of True North

It seems it was also personal in a different way, at least in terms of choosing the story of a young boy who needs to take care of his own family (including his own younger sister) after his father gets in prison.

"I had a father who was very strict. And he cared about us: we were three brothers, but he was never good at showing affection to me. I've never been complimented. I strove in my studies and sports to show that I am somebody; he did a great job, but until he passed away a few years ago, I never got this. It's not the lack of love, just the lack of the expression of it".

Also intrigued by the protective relationship between the older brother and the younger sister (a distant cousin is Isao Takahata's The Grave of the Fireflies) and their poetic nuance, Eiji Han Shimizu made this the centerfold of the story.

The film itself, as harrowing as it looks like, it is still guided by an underlying humanism. "There were horrendous prison camp stories", Eiji admits, "yet there were also humane stories you wanted to share. I liked to cherry pick those and then expand on those; if I were to to tell you exactly what's going on, we'd have 90 minutes of horror animation".

Eiji Han Shimizu was a producer and a second-unit director in the documentary Happy, which looks out for the sources (and the resources) of happiness. He's also publisher, producer and writer of a bunch of manga books about the lives of Dalai Lama, Mahatma Gandhi, Mother Teresa etc, translated into many languages (published by Penguin Books etc.). The natural connection was to combine the documentary format with the graphic element in the manga books and direct an animation documentary, True North was animated in 3D  combined with motion-capture.

Trying to be economical and inventive at the same time, Eiji Han Shimizu was one of the mo-cap actors himself ("I played from a six-year-old girl to a 85-year-old dying man"), and he also used his animators -motion capture was only used in certain scenes. Backgrounds were ready-made 3D props the team would purchase, but computer models had their own personal history .

We made a computer model of the younger sister of the protagonist, Mihi at the age of six; felt like my daughter to me, I created it. And I promised her that I'm going to save her.  There came a time that I felt that I wanted to give up the whole project; Then at night, Mihi, the 3D model, appeared in my dream and kept nagging me, saying 'why have You forsaken me'? The next morning I was already doing financial analysis about how much money I have to make the film.

Commenting on the film's exquisitely represented lighting and texturing, Eiji talks of his collaborators: "I happen to have a great animator who has a good sense of light. His name is Andrey Pratama. He is like an upcoming star; so, I owe him the good aesthetic. My directions to him was never to even dare to compete with Disney or Pixar. We're not equipped to do that realistic style - if we try to do it, we will fail. Therefore, in the character design  department we intentionally changed the character surface to look like almost like origami, very geometrical. Origami catches the attention."

Still the director and producer thinks, however interesting the texture is, the story arc has to be really interesting to let the audience stay with them for 94 minutes". Also the music gave its own life to the project, written by Matthew Wilder.

But there's something else as well in the storytelling. "Animation is a very powerful vehicle, especially when it comes to give voice to the voiceless. Let's take the example of the Holocaust; we're all used to the horrendous images and situations; especially a number of skeletons being piled up in the cams. But that image alone would not move us emotionally; what triggers our action is we know there is Anne Frank and her diary. Her story of hiding, falling in love etc. You then juxtapose the Anne Frank story with the skeletons, and I'm emotionally moved. Journalism can tell the story of the skeletons; but adding a human face, which animation is good at doing, becomes our own story".

Eiji Han Shimizu aims to make more animated films, including a story about human rights in Iraq and Syria.

True North is a deeply engaging film but far from the usual Disney/Pixar fanfare. "There are so many popular films in the world making a lot of money" Eiji tells Zippy Frames. "I'm kind of determined to make important movies instead of popular movies. Ideally, my important movies would become popular as well. But if I have to choose one or the other, I'd like to make important movies". His bigger future plan is to make a film "about a power bigger than ourselves".

True North will have its Korean premiere at Bucheon International Animation Festival. "I'm happy to be able to share my work with fellow Koreans. I wonder what kind of impact that film will create" Eiji ponders. Apart from the traditional sales and distributions request sought, Eiji also mentions  interest from public officials and politicians ("a South Korean politician wants to screen the film in the Korean congress") as well as other NGO organizations, which need to use the film for their cause.

True North screens in competition at the Bucheon International Animation Festival, Korean (23-27 Oct 2020), and is not a film to miss.