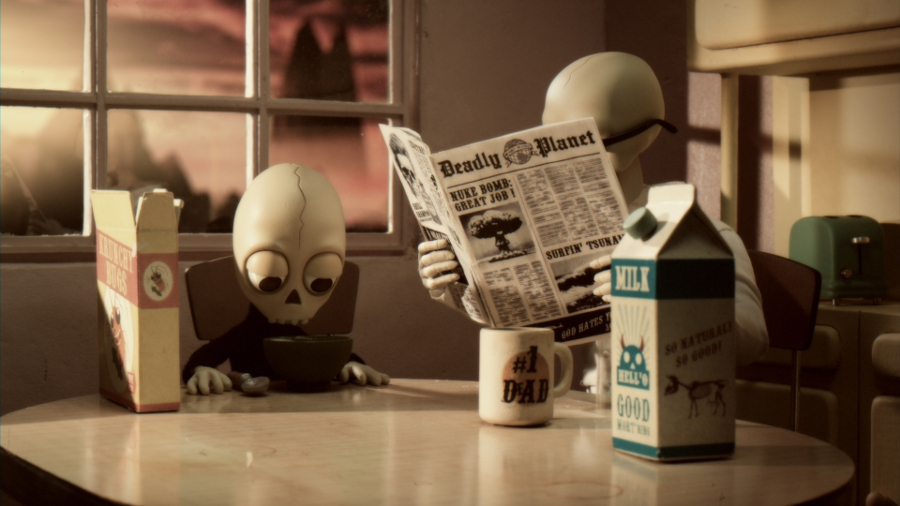 The selection shows the world premiere of the 13-minute film The Death, Dad & Son by the co-director of Persepolis, Viincent Paronnaud (Winshluss, in attendance with producer Perrine Capron) & Walgenwitz

The Death' son doesn't want to take back the family business. He has the secret dream to become a guardian angel, this will trigger a succession of collapses. His dad will have to get him out of this mess.

E and A are bored to death in the Garden of Eden. One night, they run off in God's cabriolet. Early in the morning, God notices their absence. Furious, he summons Dinosaur, his henchman, and sends him to get the fugitives.

The César-awarded  Céline Devaux presents her new animation/live-action film (another Sacrebleu film), You will be fine.

Give it time. You'll get over it. Jean celebrates his birthday, gets drunk and recalls the dreadful weekend that led to his break-up with Mathilde.

View the full 2017 BIAF selection. Feature Selection will be announced by 11th September.