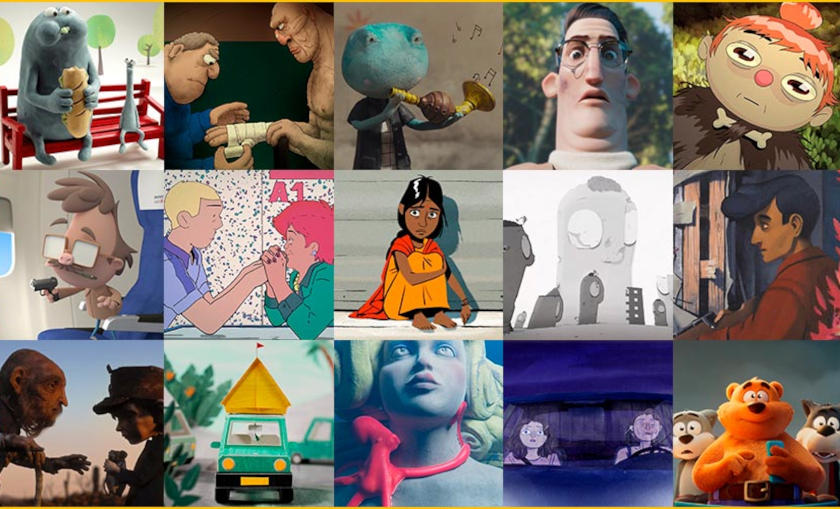 The 13th edition of the 3D Wire Fest announces the 37 short films that make up its official competition section.

A total of 27 works in the international competition and 10 in the national one aim to win one of the awards granted by this reference event within the world of animation.

Between September 24th and October 2nd, established names such as the Spanish Alberto Vázquez or Sam Ortí will exhibit their latest works together with international references such as the winner of two BAFTA Awards Rich Webber, the Oscar nominee Bastien Dubois or Louis Clichy, author of the last two animated films of Asterix, among others.

A total of 15 cinematographies represented “where multiple styles and themes are combined; a reflection of the reality of the animation sector at a global level” as stated by José Luis Farias, director of the festival.

The festival, which will be held onsite at La Cárcel_Segovia Centro de Creación, will feature a total of 10 Spanish productions, one of which is co-produced with Argentina, another with Portugal and two with France. Among the prominent names are Alberto Vázquez and Sam Ortí. The first, winner of three Goya awards with his previous works, won the jury prize in Annecy thanks to the work with which he will compete in Segovia: 'Homeless Home', a co-production with France. Sam, for his part, has more than two decades of work dedicated mainly to stop motion, numerous recognitions endorse his filmography to which Routine: the Prohibition is added, premiered at the last edition of the Sitges International Festival.

One of the highlights of this 2021 edition will be the premiere of the short film 'Leopoldo el del bar' by Diego Porral, winner of the 3D Wire 2019 Movistar + Short Film Project Award.

The productions  'Wayback ' and  'Loop ' also are in the final list, two of the great protagonists of the last Quirino Awards, as was the short film by Alberto Vázquez.  'Wayback ', directed by Carlos Salgado, was the work that accumulated the most nominations in these awards for the best Ibero-American animation works. Loop by Pablo Polledri, is the co-production with Argentina that won the award for Best Sound Design and Original Music at this ceremony held in La Laguna (Tenerife).

The other two co-productions participating in this section are  'Umbrellas ' (Spain-France) by José Prats and Álvaro Robles, and  'The Monkey ' by Lorenzo Degl’Innocenti and Xosé Zapata (Spain-Portugal). The Prats y Robles film arrives to Segovia with the support of the public of the Toronto Animation Arts Festival International, in addition to multiple selections in qualifying festivals for the Oscars; while the one by Zapata and Degl’Innocenti represents their reunion ten years after the first produced Restlessness, directed by Lorenzo.

The selection is completed by the stop motion 'Selection Process' by Carlota Pereira, a filmmaker who was nominated for a Goya with her previous work (Metamorphosis, together with Juan Fran Jacinto) and two debuts: Kokuruga by Choche Hurtado and The Ducks by Ángela Arregui, the latter is already recognized internationally in countries as diverse as Croatia, Finland, the United States or Brazil.

27 TITLES FROM 13 COUNTRIES IN THE INTERNATIONAL COMPETITION

The international competition will feature 27 short films from a total of 13 cinematographies from all over the planet, a wide mix of techniques ranging from stop motion to 3D Digital, through drawing on paper. In the same way, the range of themes manages to capture on the screen the reality of today's society with works that immerse in demanding themes such as sexual identity, the future of the human being or school bullying; all from a palette of genres ranging from social drama to comedy.

France will be the most represented country in this section with a total of nine works:  'A la mode ' by Jean Lecointre;  'A Stone in the Shoe ' by Eric Montchaud (co-production with Switzerland);  'Carried Away ', a collective work by Etienne Fagnère, Manon Carrier, Johan Cayrol, Alo Trusz, Jean-Baptiste Escary;  'Horacio ' by Caroline Cherrier;  'Precious ' by Paul Mas;  'Souvenir Souvenir ' by Bastien Dubois; the national premiere of  'Swallow the universe ' by Luis Nieto; Trésor by Alexandre Manzanares, Guillaume Cosenza, Philipp Merten, Silvan Moutte-Roulet; and  'Trona Pinnacles ' by Mathilde Parquet.

Of the rest of the territories, the United States, South Korea, the Netherlands, the United Kingdom and Switzerland stand out. The North American country features 'The Clockwork Elves' by two Emmy Award winner Nick Cross; Overnight by Chenglin Xie and 'Tumbleweed 'by Louis Clichy (co-production with the UK). Clichy has worked for Pixar on films such as UP or Wall-E and has directed the last two animated films about Asterix (with Alexandre Astier).

The Asian representation falls on two South Korean short films:  'Kkum ' by Kang-Min Kim and  'Incomplete Woman ' by Huh Su-Young.  The United Kingdom will have two other films:  'A Film About a Pudding ' by Roel Van Beek and  'Bench ' by Rich Webber, a BAFTA-winning filmmaker who has directed the first two seasons of Shaun the Sheep for Aardman Animations.

Two productions have placed Switzerland and the Netherlands in the selection; the Swiss  'In Nature ' by Marcel Barelli and  'Only a Child ' by Simone Giampaolo, and the Dutch Tourist Trap by Vera Van Wolferen and Pilar by Moldybyrd Studio, led by Yngwie Boley, Diana Van Houten, Janis Joy Epping.

The selection is completed by the Russian short film 'Boxbalet' by Anton Dyakov, the Belgian  'Dry Sea ' by Yves Bex with Bart Bossaert, the Portuguese (co-production with France)  'Tie ' by Alexandra Ramires, the Norwegian  'Hijack139 ' from the duo Joachim Berg with Sondre Johre, the Croatian (co-production with Portugal) All Those Sensations in my Belly by Marko Djeska, the Mexican  'Tío ' by Juan Medina and the Estonian  'A Most Exquisite Man ' by Jonas Taul.

The jury of 3D Wire Fest 2021 is made up of the Polish producer Katarzyna Gromadzka, the Head of the Children's and Youth Department of the Portuguese network RTP Andrea Basílio, the French creator and producer Alex Laffaille and the Spanish director and scriptwriter José Luis Ucha.