Oh, Willy describes a story of civillisation and culture. It won the Grand Prize at the Holland Animation Film Festival, and has now been crowned with both the Grand Prix of Zagreb's Animafest, as well as the Audience award for best short film. Read more here

The Dušan Vukotić Award (student film award) went to the Finnish film Swarming by Joni Männistö from Turku Arts Academy. The jury was impressed by the magnificent portrayal of a nightmare about life and... insects.

he special mentions were awarded to The Making of Longbird by Will Anderson (UK), and Gum Boy (Masaki Okuda) for its "energetic rhythm and bubbly design" and Twins by Peter Budinski from Slovakia for its raw and humorous portrayal of physical and moral duality.

special mention: Who's there? By Vanda Raýmanová from Slovakia and The Light by Yuta Sukegawa from Japan. 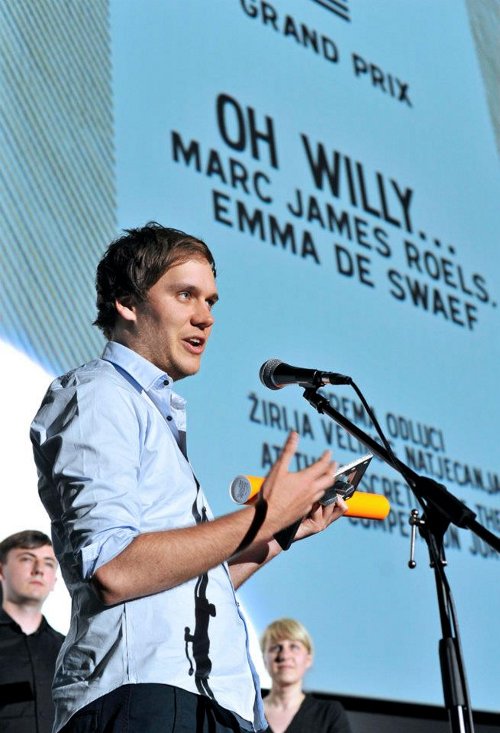