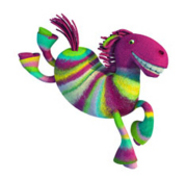 In this competition, which was rearranged in 2011, the best applied animation in the fields of advertising, spatial communication and technology are awarded with the Animated Com Award every year at the ITFS.

The main prize in the jubilee edition of the ITFS won Lucas Zanotto with his  2D/3D computer technology produced clip “The Real Bears”, commissioned by The Real Bears from the USA.

The clip shows how dangerous the consumption of soft drinks can be and presents its consequences. The jury compliments the clip on how bitter and shocking facts can be presented in a soft way.

The German production „MTV EMA 2012 Opener“ and its director Mate Steinforth achieved the prize for the best animated advertisement. The German jury members appreciated the accomplishment with a prize money of 2.500 Euro – sponsored by Mackevision Medien Design GmbH.

Istvan Zorkoczy’s clip „Mass Effect 3 – Take Earth Back“, produced in 3D, which was commissioned by Electronic Arts/Bioware from Hungary, won the Animated Com Award in the field of technology. The prize is also awarded with a prize money of 2.500 Euro and donated by Animation Media Cluster Region Stuttgart.

Especially produced for the Korean world exhibition 2012 and awarded with the Animated Com Award in the area of spatial communication was the German production „Swiss Pavilion Expo Yeousu: The Source – It’s in Your Hand” by Marc Tamschick. It sensually deals with the importance of glaciers as a significant drinking water reservoir.

The special prize Mercedes-Benz Classic: Silver Arrows, which has been developed in the last year in connection with Daimler AG, was contracted to Falk Schuster’s German production „A Racers Scetchbook“.

The clip carries the audience off in the legendary time when the historical Mercedes-Benz Silver Arrows had great success in races.

The Croatian production „Pinball“ by Darko Vidackovic won the Lapp Connected Award. The clip impressively connects movement and mobility with the aspects of transportation and technology and thus shows the complex circumstances of our technological century in an associative and playful way.

The awarding ceremony was held in the spectacular locations of the Mercedes-Benz Museum and granted by agents of the sponsors of the Animated Com Award.