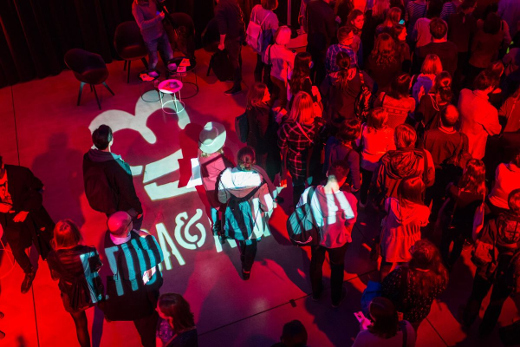 Olga Bobrowska, festival director of StopTrik festival and Zippy Frames collaborator, had her own animated festival trips during 2016. Here's an insightful report of her festival experiences (and it's only the first part).

This report is a first part of an article that attempts to recreate my personal animated film festivals itinerary of 2016, marked by unforgettable moments filled with unique animations and extraordinary people who contribute their passion, knowledge and enthusiasm to the Central-East European animation scene.

I will consider here festivals that I have attended at least in half of their duration and focus on the works that lie in the core of my interests, i.e. short artistic animation for grown-ups. Acknowledging and respecting the importance of feature length animation, children films and music videos, I must admit that without much of hesitation I will always choose competition and retrospective screenings of animated shorts.

For the reason that I am one of the main organizers of StopTrik IFF,  I will try to limit the paean to this stop motion festival to the minimum. n the first part I will ponder over the films that have caught attention of various jurors while in the second one I will reflect on the most meaningful elements of the festivals based on cinematic discoveries, inspirational meetings and knowledge they offer the audience. 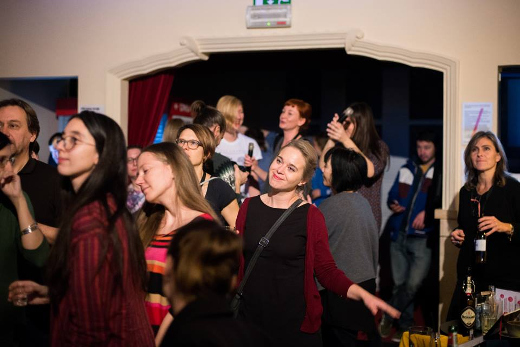 Before that allow me though to outline the general atmosphere of each of the mentioned events since, let's be frank about it, a festival depends on quality programme but comes to existence thanks to the community gathered around it.

Yes, obviously, parties and social gatherings matter for a successful conduct of a festival. And yes, you may imagine that in the Central-East Europe the organizers understand this need and generously provide their visitors with opportunities to enjoy, dance and sing. The point here however is to determine the social specifics that make animation travellers return to the particular places hoping they will experience particular community feelings.

Žilina might be perceived as a bit depressive town, yet as soon as you enter Stanica, a semi-squat zone located along the railway track outside the city center, you become a part of a cheerful crowd, mostly composed of backpackers staying at Stanica camping site, ready to participate in the event 24/7. And though you are in the middle of somewhat teenage wildlife you are going to be confronted with the most challenging programme attended by world top artists. 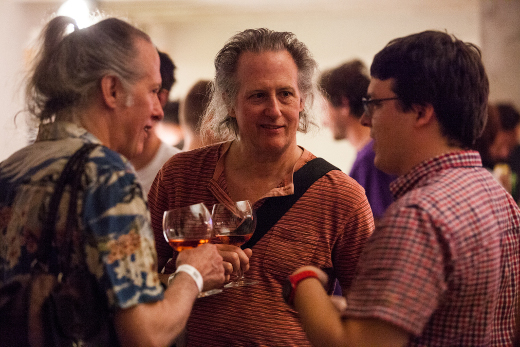 Opening, closing and sub-event "Game Days" take place in an Old Synagogue, a building to some extent renovated thanks to the efforts of Fest Anča's organizers. Being in this part of Europe in a venue once designated for elimination and now again culturally and socially important, elevates your reflection on the meanings of such events to another level.

Šibenik located on the Adriatic coast in the high peak of summer season is hot, sweet and lazy. Exactly on this laziness Supertoon builds its strength. Spending your days in the heat of the sun, between oven-like white mediaeval walls and unbelievably blue and calm sea, you desperately need an audiovisual entertainment in the night, the more sensually stimulating the better.

In Kosovo, one is confronted with enthusiasm and efforts of the young organizers in building the civil society, ecological awareness and social responsibility in spite of the dominant passiveness and corruption. 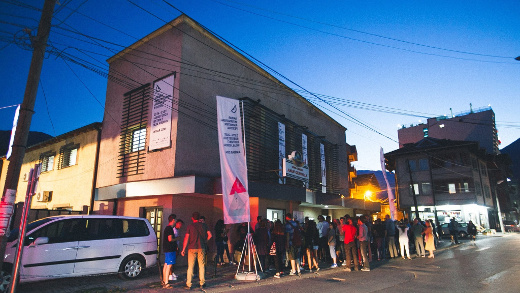 Vullnet Sanaja, Anibar's festival director, is not 25 years old yet but he knows how to ask the audience and the local authorities important and inconvenient questions in a very direct way. Shame on you Europe for creating so many obstacles in integration and cultural exchange process with Kosovar community leaders such as Anibar team.

In a sleepy Maribor we attempt to confront good and obedient European Union citizens with the subjects of taboo nature. Fusion of animation art and propaganda and the perspectives of cultural activism played primal role in this year's StopTrik IFF programme. Our attendees are exposed to programming that resembles film marathons and continuous discussions for we believe that keeping silence in front of raising tensions and anxiety is one of the fundamental guilt of European societies. 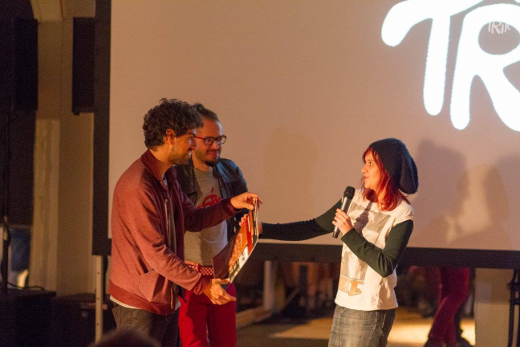 PAF in Olomouc lies on the borderlands of animation festivals. The organizers rather refer to the event as the festival of the moving images. The institute of Film Studies of the Palacký University hosts all days long audiovisual performances, lectures, animation screenings and video installations. And the house is full everyday with the crowd going up and down the institute's staircase looking for yet another challenge. 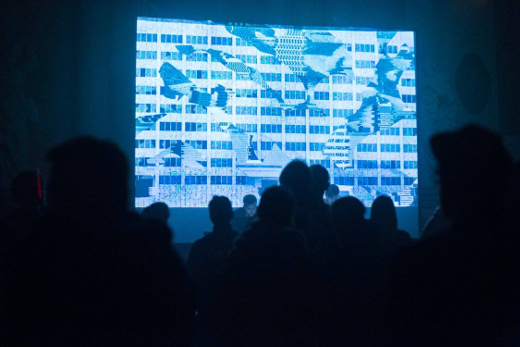 Animafest, Animator, Etiuda&Anima as well as Animateka are established and significant festivals.

Prestige is always entangled with routine, however the organizers of these events are capable of reaching for fresh and innovative filmmaking approaches through academic conferences, professional meetings or by providing space for exchange between animators and live-action filmmakers. Recalling the experiences gained on the way in the troublesome 2016, I should clearly state that the more apparent the dominant tendency of the governments in the region to adopt policies of isolation becomes, the more crucial role the festivals play in maintaining and stimulating international circulation of intellectual ideas and artistic experiments.

All the festivals covered here are successful exactly in this regard and most likely for this reason I have felt there vibes that allowed me to overlook mistakes and fully embrace their programming.

I have played with some statistics. Exactly 61 films were awarded on the mentioned festivals (considering all possible categories, from Grand Prix, through audience awards, to special mentions). 18 of them have received appreciation twice or three times.

In the end of 2016 hearing the announcement of Kovalyov's another victory does not sound exciting anymore, yet it is not the fault of the film that another set of the jurors finds it extraordinary and important. I wrote on Before Love and Impossible Figures... in a coverage from Animator  and I am still under great impression of their disturbing imaginary and intellectual complexity.

In a light of the recent problems faced by Polish women whose rights are being questioned, even more strongly I feel attachment to Pajek's film. 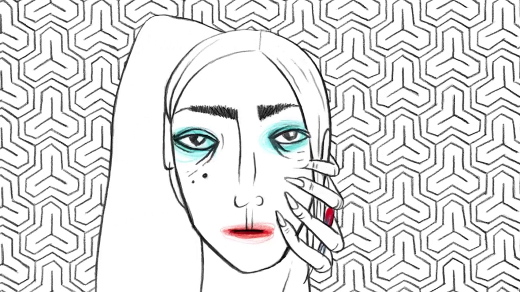 To the great extent Polish animation scene is composed of women filmmakers, yet their expression in most cases can be categorized as intimate and introspective take on nature of interpersonal relationships or motherhood. Already in Sleepincord, Marta Pajek has avoided this limitations and positioned her character in a dream-like universum of feminine desires, ambitions and weaknesses.

In Impossible Figures... the surroundings around the character are still ambiguous, set design transforms according to unimaginable logics of the titled impossible figures but here they represent ritualized social reality of modern times. The character struggles and survives, remains integral on the contrary to all the changes and reshaping that occur constantly even in her own household.

Agnieszka Graff, Polish academic and feminist, defined in 2001 an approach of typical Polish intellectual who is "(...) educated, liberal and European in regard to all the issues except one - the gender issue" since feminism as political and cultural activism has been marginalized in Polish public discourse.

A critical look on Polish female animation reveals that with few exceptions (such as e.g. Izabela Plucińska or Ewa Borysewicz), the filmmakers have adapted to mainstream expectations, replacing strong feminist identification with vision of womanhood that is always 'domesticated', related to other instances but never autonomous and sovereign.

I do not dare to imply that such were Marta Pajek's motives in her long creative process however this interpretation can be successfully defended in the context of the long time of anti-feminist status quo in Poland and recent attempts to violate women's rights.

Regarding Špela Čadež's Nighthawk it is though possible to state that the Slovenian artist was driven by the need to create a work that would be completely different from her previous films and so we are confronted with dark, non-judgemental and utterly sad story of addiction and humiliation. Nothing much happens in Nighthawk, yet after 8 minutes projection the emotions are risen high

A badger intoxicated with pears drives madly into the night, argues with an imaginary passenger, almost dies on the road and has to be moved away by policemen's shovel. Čadež openly referred to Yuri Norstein's cut-out (another counterpoint to her previous films made in puppet technique) and realized the film on the old multiplane table. Misty unreal settings evoke tale of self-destruction and contempt where in the end the viewer finds compassion instead of redemption. The aesthetics is based on graduation of darkness, the badger with a repulsive red nose remains the central figure and his positioning mostly dictates the editing. Dialogues are either drunk's gibberish or trivial conversations of random passers by.

Simplicity is an effect of complex and challenging filmmaking and only this impressive reduction is able to bare and transmit painful and manifold drama.

Films that have received appreciation twice

Below I list 15 more titles that have received appreciation twice. They have been noticed for the reasons explained by the jurors and it is a critic and a viewer's pleasure to agree with the verdicts to greater or lesser extent.