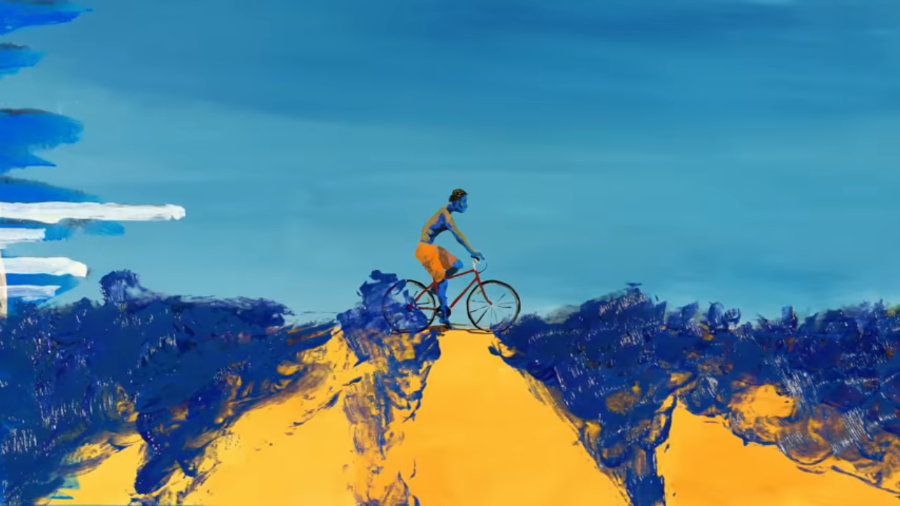 35 films compete for this year's Commissioned Films category at Annecy International Animation Film Festival. We selected  9 films, which both present their theme in the best possible way, and showcase excellence in either storytelling or aesthetics - or both.

Our subsequent categorization is not the official festival competition categorization. But we thought it is more relevant here to distinguish between festival trailers, music videos and commissioned films in general. So, here are our picks:

The festival trailer for Tricky Women 2019 by Marta Pajek is succinct, intense (even though it consists of a single shot) and inviting. You need to visit the festival already - but take your precautions.

2. 25 Years of KROK by Studio Eeksaurus

Well, it's better if you already know many of the inside jokes and figures presented at the celebratory trailer. But still, its vibrant colors and joie de vivre aesthetics, its music and the final ship image makes the whole thing a merry-go-round ready to sail.

Everybody loves Estonian/Croatian director Chintis Lundgren - even in a sadomasochistic mood.

It is fanciful, it is adventurous, it starts and ends in a timely fashion, tuned in to its sax sounds.

It is as fresh and juicy as its title.

It is poignant, inventive, and to the point.

2. Radi Aid, How to Get More Likes on Social Media by Animaskin

It doesn't waste time in building its story, step-by-step and selfie by selfie.

If Oregon is as colorful as a MIyazaki movie, it's time to (re)visit the place.

It's a bad habit to be a naughty gambling Santa Clause.