The US/Canadian Chris Landreth wins the Cristal D' Annecy (best short film), and Luiz Bolognesi with a Brazilian story of love and fury gets the award for best feature film at Annecy.  See all the winners of the 2013 festival.

236 films were  presented in competition at the Annecy Film Festival 2013,  selected from a total of 2,460, along with the retrospective programmes.

The Oscar-awarded animator Chris Landreth (Ryan) won the Cristal D' Annecy (best short film) for his Subconscious Password. "In the middle of a crowded bar, Charles finds himself feeling increasingly desperate. The cause of his misery is an old friend he’s just run into; his old friend... you know... what’s-his-name...". [more about the film]

The Russian film The Wound (Obida) by Anna Budanova won the special jury award for a short film. A little girl's resentment is embodied in a shaggy creature that becomes her best friend. They begin to grow side by side.

Alive  for more than 600 years, the protagonist narrates the events taking place in four different periods of Brazil's history and always fighting at the side of the weakest to find his true love.

A sweet and loving French/Luxemburgian film, My mommy is in America and she met Buffalo Bill [info-trailer] was awarded a special distinction. The Spanish gothic horror film The Apostle [review] by Fernando Cortizo was the recipient of the audience award for best feature film.

Best graduation film Ab Ovo by Anita Kwiatkowska-Naqvi (Poland).  The film synopsis reads: Imagine that someone starts to live inside of you and takes up more and more space until he almost makes you explode. Would you be able to love him? The Ottawa-awarded I Am Tom Moody  by Ainslie Henderson (Edinburgh College of Art, UK) won the Special Jury Award for Graduation film.

Pandas by Matus Vizar, which won a third prize at the Cinefondation competition (Cannes), was awarded with a special distinction. German animator Andreas Hykade was awarded for the TV special Tom & The Queen Bee (Germany,Studio Film Bilder)

The story of the wild savage in Daniel Sousa's Feral won 3 awards, including a special distinction at the Fipresci award.

The Funniest Film according to the Annecy public:  KJFG No 5,  Alexey Alekseev (Hungary, Studio Baestarts) -and a well-deserved award. 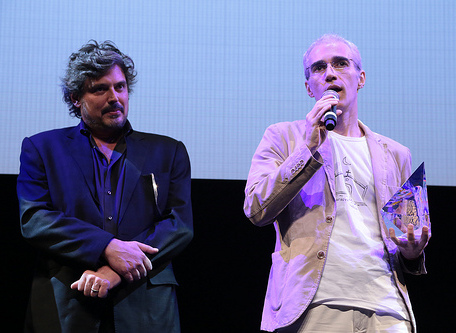 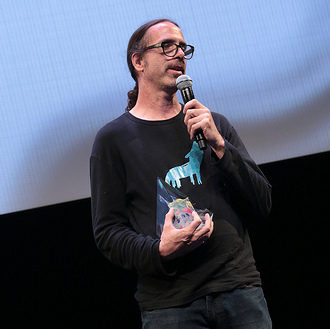