After a long 2020 journey of the II Rising of Lusitania AnimaDoc Film Festival, the Pandemic Edition of the celebration of the fascineting animated documentary/documentary animation finaly moored in the Boat City – Łódź (eng. Lodz, but originally Łódź means "boat").

At II Rising of Lusitania AnimaDoc Film Festival, 130 submissions (2017-2020) came from 39 countries, including such surprising ones as Congo, Myanmar, Oman, Senegal, or Yemen. Finally, 36 films were accepted into the competition: 33 animated documentaries and 3 animated mockumentary; 9 student films, and 27 professional films. 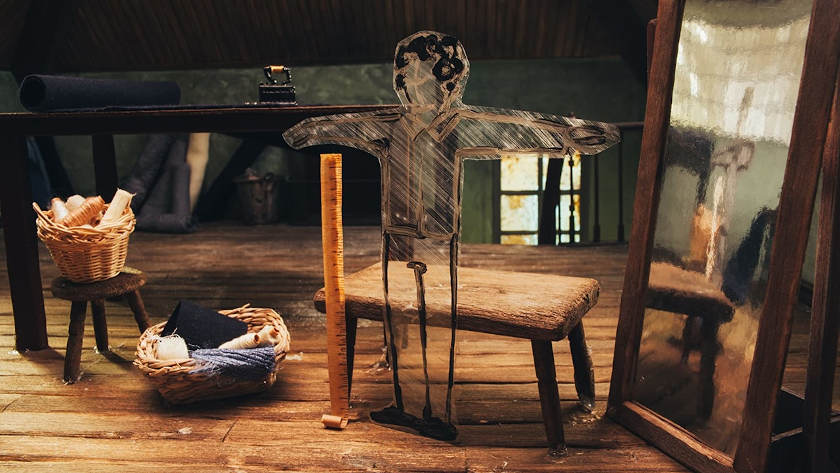 Statement: For an eloquent and visually stunning presentation of an age-old problem through the prism of the history of one address.


Statement: For an excellent quality of the workmanship, the precision of message, and understanding of another human being.


Statement: For proving that you can talk about a difficult topic in a simple way, but at the same time extremely inventively and ambiguously.

“Make-Believe Award” for the Best AnimaMockumentary: AMERIGO AND THE NEW WORLD (France/Chile 2019, 13:46), Dir. Luis Briceno & Laurent
Crouzeix | Metronomic
Statement: For creativity and humorous approach to history. Which came first: the chicken or the egg?

Special Mention for the portrait of the city and the mentality of its inhabitants: DEEP LOVE (Ukraine 2019, 14:00), Dir.: Mykyta Lyskov | T.T.M.


Stetement: For artistic maturity, which is reflected in a gloomy story about interpersonal relations awakening animal instincts, and which presents an oniric and mystical story with great precision in production and technique, offering the viewer a striking image in a beautiful and symbolic style.

“Students4student Award” for the Best Student Movie: IT WAS COMING TOWARDS! (Hungary 2017, 09:45), Dir.: Lívia Janoch | Moholy-Nagy University of Art and Design

Statement: For creative confrontation of filthy Urban fabric, with colorful animated characters. For nihilistic signals, hidden under the guise of funny creatures. For mature approach towards problems of the underclass and surprisingly pleasing film experience.

"Mock Award" for the Best AnimaMockumentary: BREXICUTED (France 2018, 06:00), Dir.: Chris Shepherd | Autour de Minuit
Statement: For an intelligent social pamphlet, the creative use of animation to literally depict the ideas contained in the film and interesting stylistic references to popular satirical drawing.