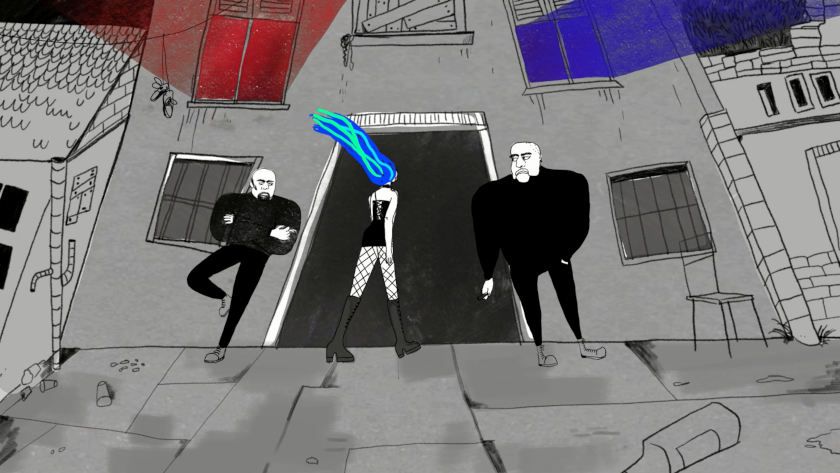 A highly frenetic protest film with a relentless pace driven by pulsating score. There is a punkish outcry to the charging visuals, a montage of protestors caught in clashes with mounted police, animals on the verge of extinction amid a chaotic and bloody landscape.

A first-person account of working as a taxi driver through the 1990 Budapest blockade protests against rising fuel prices. The flat, vivid colours and simplistic aesthetic give a raw truth to the storytelling, and the driver’s reflections, on preferring to deal with the behaviour of drunk passengers rather than daytime crowds, is fresh and authentic.

This highly interesting short film explores timely issues of sexual harassment of women by predatory males. A woman lives with her pet cat in a flat; through the window, as she dresses, a man watches her from his flat, masturbating as he stares at her. Later, he enters her flat, gigantic and behaving menacingly. Trying to grab the cat, he is scratched across his face. He next approaches the woman, who first hides from him, then as she becomes part cat, she strokes the man, and feeds him until he becomes a mini version in her arms, and then, reduced, she stores him safely in a box within an already crowded drawer. The deliberate crudeness in the aesthetic, along with rough, simple animation, gives a tactile foreboding to the story as it unfolds.

This radically-conceived film explores historical and contemporary protest against sexism and conformity, through intense imagery, text-quotes and sound overlays. Combining quotes from Valerie Solanas’ ‘Scum Manifesto’ and Donna Haraway, amongst many other radical sources, the film unfolds within a viscerally charged eco-system of oppression and domination: at the start, we see a group of bodily organisms from above, both a top-down game and prisoners in a cell. These cosmic germs, oppressed and constrained, are in the process of becoming and being constrained; filmed as though within a riot, with disorienting frenetic camera movement and ever-circling noise of angry crowds, police helicopters and explosions, this is a powerful experience that stays with you after viewing, questioning key issues in society today. Turn up the volume and let it flood your senses. 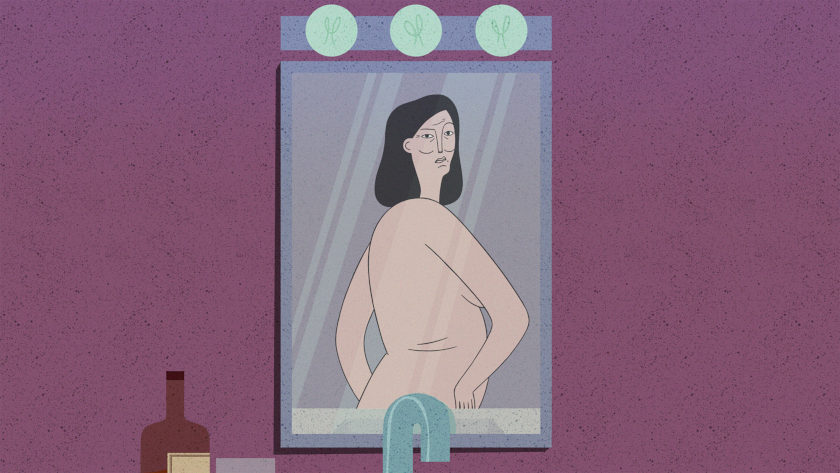 This extremely well-designed film explores the experience of a middle-aged professional woman, Ace Naismith, who works a weather forecaster for the local TV company in Canada. Experiencing repeated hot flushes, and despite the icy Winter conditions, she resorts to cold baths and getting naked outside to cool down. The corporate pressure on women as they get older is shown as an oppressive force, as Ace tries to navigate this environment in maintaining her professional composure. The production design by Katie Huynh is outstanding, and the bittersweet story creates real empathy, as we are left with a strong sense of Ace’s frustration with the sexist system against her own need to feel free.

This mysterious and thoughtful very short film follows a young man/child as he experiences the world, communing with butterflies as he explores the world. Drawn with a childlike playfulness, the film has an enchanting sense of a child discovering the wonder of nature. Maps are cut up and there is a joyful wonkiness to the aesthetic.

An animated landscape film which focuses on the human impact on Nature. Dead birds, plastic pollution mark the landscape; the scenes are painted using strong traditional landscape painting hues, harking back to an unspoilt Nature when the world was still young.

‘When Alone’, directed by Paz Bernstein.

This saucy fun short shows a woman’s experience in self-pleasuring whilst alone at home. Taking strong design influences from the painter Henri Matisse, and also with a 70s style cosmic looping quality, we travel with the protagonist along her journey of masturbatory ecstasy. It’s great to see contemporary animation challenging stereotypes and depicting real-life storytelling in this enjoyable breathy trip!

A strange film about a race of weird creatures with very large heads. The creatures queue as they wait to mount a giant column, resembling a Babel-like column. The race seems to be caught up in an endless act of self-destruction.

This quirky and interesting 8-minute film is made sparingly using hand painted imagery with splotchy paint, using a strong German Expressionist aesthetic. Weird, cramped compositions and spatial distortions give a strong sense of vampiric magic. Vividly sexual imagery along with weirdly jarring narrative flow give the film an overall weirdness; scored with a highly affecting and slightly disturbing soundtrack, the film stands out, partly through its starkness and simplicity.

This excellent short Canadian film combines cut-out stop motion with time lapse footage of flowers blooming. The filmmakers make great use of cut out images and scrunched up paper which then morphs and flies away. Vintage footage of Buster Keaton is composited imaginatively into new cut-out worlds. Truly creative filmmaking!

This interesting, trippy film starts with an unsuccessful sexual encounter followed by disenchantment with corporate office culture. Later on, the young male protagonist is walking along a street when he stumbles and trips on a dead ginger cat. The film has a strong aesthetic, fusing simple outline forms with black and white silhouette and the vividly ginger cat.

Excellent production values in this short ‘documentary’ about a rabbit who ‘works’ in a cosmetics testing lab. The film uses humour to build empathy for Ralph as he explains why he is happy to serve the humans in their need for new cosmetics through sacrificing his own life. 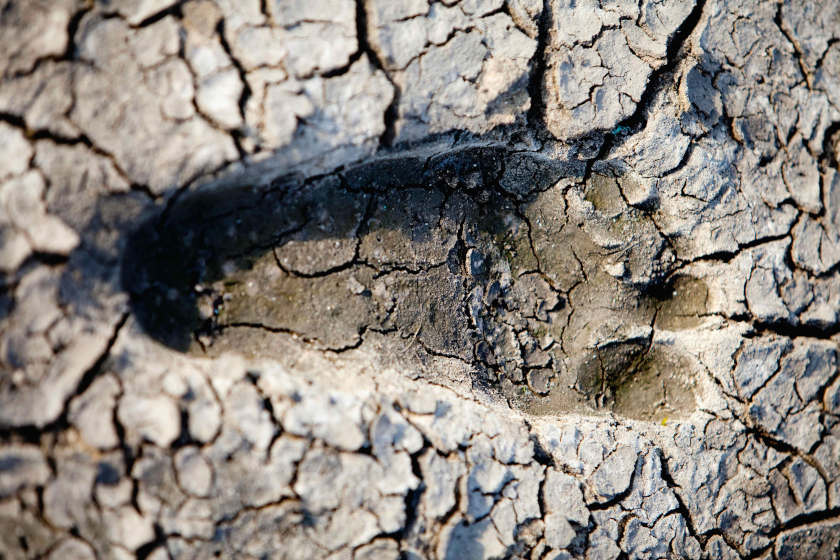 This film deserves special mention: a striking montage film with outstanding foley. Starting with a single footprint, the film speeds through multiple interconnections, travelling through time and history. Textures and sound create a fleeting wonder at time passing as we rush towards our present moment in time. Hypnotic and enthralling!

‘The Train Driver’, directed by Christian Wittmoser and Zuniel Kim, 2021.

This troubling German film tells of the train driver’s experience of driving a train when people commit suicide. We never see the driver’s face as he recounts the horror of these experiences; the film ends with a most haunting shot of the face of one woman who had taken her life this way.
‘All those Sensations in my Belly’, directed by Marko Djeska, 2020. This expressionist film tells Matia’s story as they transition from male to female. At the same time, they struggle to maintain an authentic relationship with a straight man. The film’s raw aesthetic gives it an authentic atmosphere, informed by ne-expressionist art of the 80s.

This was an exciting festival, with some standout films tackling adult themes and asking key contemporary questions. The documentary section was a highlight, along with a range of timely industry talks. We will look forward to next year’s festival with anticipation.