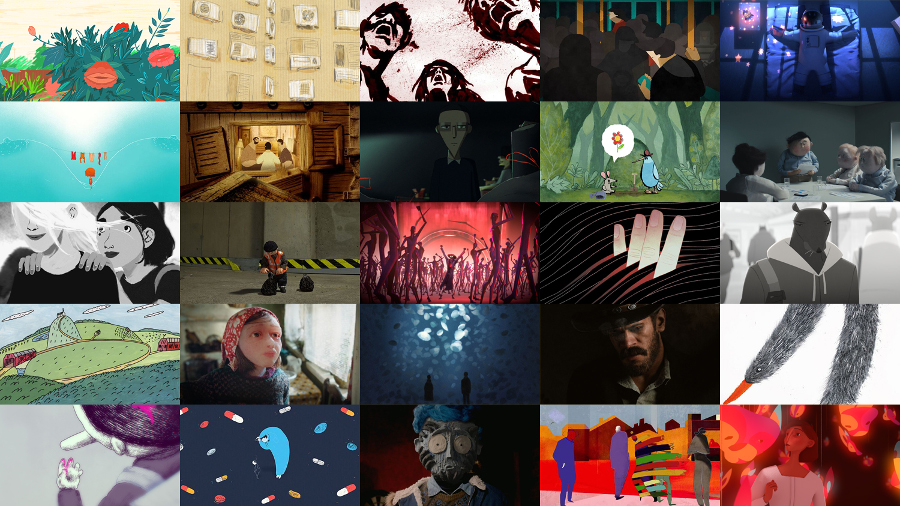 SCREENINGS
Film previews at this years festival include: Night of the Trampires, the high octane 80s set comedy horror, followed by a Q&A with director Mike Mort, and This Magnificent Cake!,an anthology telling the story of five characters in colonial Africa in 1886: a worried king, an ageing pygmy, a failed businessman, and a young deserter–followed by a Q&A with co-director Marc James Roels. Winner of the Feature Film Cristal at Annecy Animation Festival, Funan tells the incredibly  powerful story of a young woman trying to survive in the regime of the Khmer Rouge in the 70s. 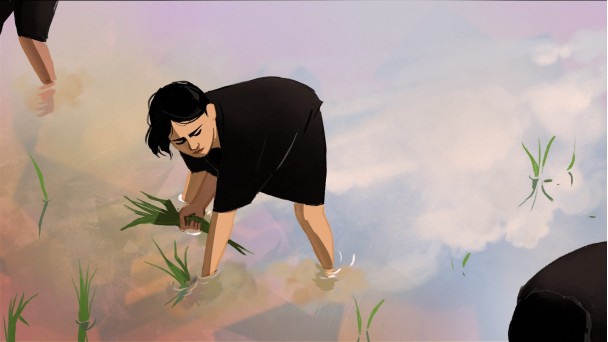 Santiago Caicedo’s Virus Tropical, adapted from a graphic novel memoir by cartoonist  Powerpaola, is a coming-of-age story told from a girl's perspective as she grows up between Ecuador and Colombia.Finally Tito and the Birds, explores the culture fear via  a young boy’s  journey to save the world. Other screenings include Smallfims on the Big Screen, a selection of the company’s classic television, a Barry Purves Retrospective, Wes Anderson’s Isle of Dogs and an Anijam screening of a series of films made as part of the 48hr challenge.

MASTERCLASSES & MAKING OF
40 Years of Barry Purves brings the filmmaker and animator to the MAF stage to celebrate  his work in feature films, television and short films and his incredible contribution taking  British animation to a global audience. 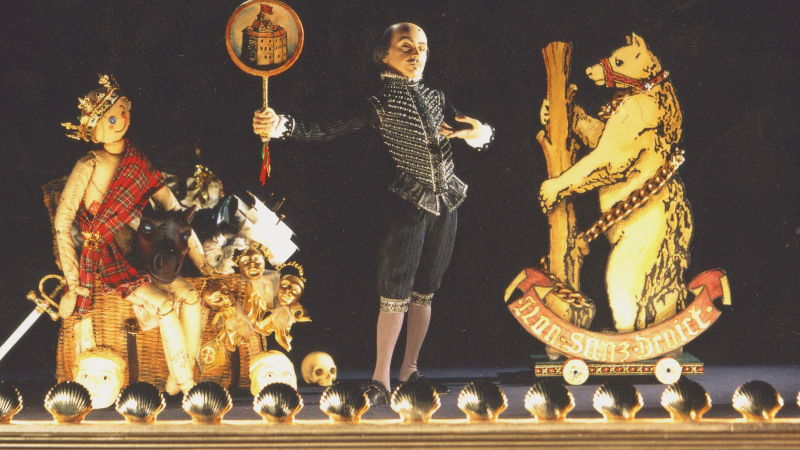 JAM Media and Nickelodeon’s new show  Becca’s Bunch, made at Altrincham animation  studio Factory, gives an insight into how the world of Wagtail Woods was made, taking it  from a quirky film to a hit TV series for the pre-school audience.

A Framestore masterclass invites Prajakta Nandlaskar to talk about her role as senior animator working on blockbuster titles such as Guardians of the Galaxy Vol. 2, Fantastic Beasts and Where to Find Them and The Martian. Plus, arts collective The Line show how  they have developed some of the most innovative short films and commercials of recent  years. Further making of sessions include the making of The Highway Rat,  based on the books by Julia Donaldson and Axel Sheffler with director Jeroen Jaspaert, and the making of Wes Anderson’s Isle of Dogs, with head painter Roy Bell and animator Tim Allen.
.
INDUSTRY  Q & A
New for 2018, MAF has partnered with Brown Bag Films to introduce a new series of Q&A sessions, Animated Answers, where experts will take questions from established or aspiring animators looking to move ahead and find the best place for them in the industry. There will be four sessions looking at what makes the perfect animator, production pipelines,what  size of studio suits you and switching specialisms.

PANELS
This year’s panels include Animated Women UK ,with a Tips and Hits session celebrating  women who have succeeded in the business, creating a platform for them to share their stories, and discuss equality and inclusion. Smallfilms Stories celebrates the wonderful work of Peter Firmin and Oliver Postgate, whose shows helped define all the British children’s animated television that followed. A  panel of experts, including educator and author Dr. Chris Pallant and BAFTA winning  producer and write Daniel Postgate (son of Oliver Postgate), will discuss Ivor the Engine,  Clangers, Bagpuss and everything in between. In the Frame: Educating Animators will discuss the  balance between students earning the  key skills the industry is looking for and taking that all important personal journey of discovery, whilst Getting Your Film Seen guides filmmakers of all levels through the best way to find an audience.Finally ,Making it in Manchester once again celebrates the studios and practitioners that  make the city one of the nation’s animation hotspots.

MAF FILM AWARDS AND INDUSTRY EXCELLENCE AWARDS
This year’s  Film Awards celebrate some of the best animated short films from around the  world, with 69 films screening in competition from 19 different countries. Short Films, commissioned films, which is a showcase of creative responses to a client  brief, immersive films, covering VR and 360 film and student films, which demonstrates the  talent and skills that can be nurtured in academia.The  Industry Excellence Awards return too celebrating individuals in the industry who excel  in Character Design, Scriptwriting, Storyboarding and Character Animation. There is a series of IEA workshops to accompany this strand. The awards will be presented  on Thu 15 Nov by animation legend Barry Purves.

FAMILY DAY
On Sunday, ahead of the festival, children and families are invited for a day of animated fun  including  Short Films for Children, a collection of the best in animated shorts from around  the world, whilst  Scratch ‘n Sniff Cinema presents Wallace and Gromit: The Curse of the Were- Rabbit.

EVENTS & EXHIBITIONS
Meet The Trampires is a chance to see the puppet stars of Chuck S teel’s Night of the  Trampires and ask questions from the film’s experts. Coming soon to your screen (9 November 2018 to  6 January 2019) is a new site responsive  work from Darren Nixon. Over the course of eight weeks the exhibition space will be  transformed into a slow-moving wall drawing in two parts. The movement of the wall  drawing over the exhibition’s duration will become the basis of a short animated film that will be screened before the main cinema features at HOME as part of Push Festival in  January 2019.  Returning for 2018,  Skwigly's hugely popular quiz challenges festival goers on their  animation knowledge.

Manchester Animation Festival is a not for profit  company that aims to celebrate animation through festivals and screenings. The board is  made up of festival director Steve Henderson and festival producers Jen Hall and Bill  Lawrence.  Manchester Animation Festival takes place at HOME on from 13 -15 November 2018. Tickets and passes are on sale now at www.manchesteranimationfestival.co.uk 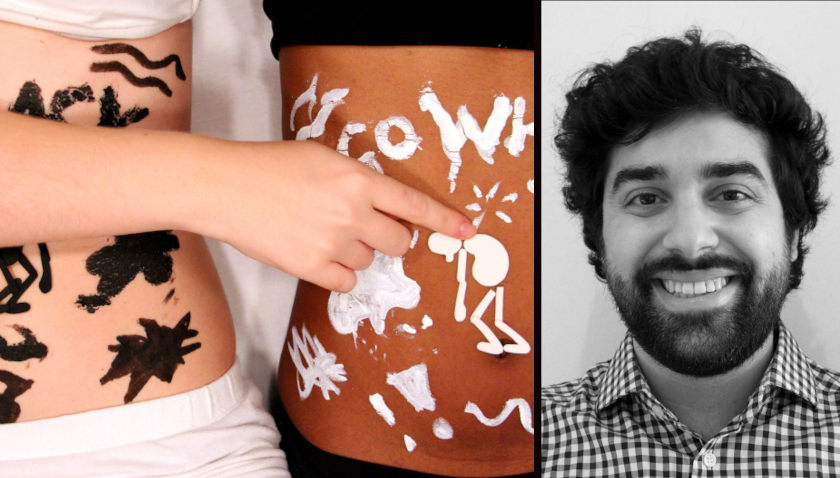 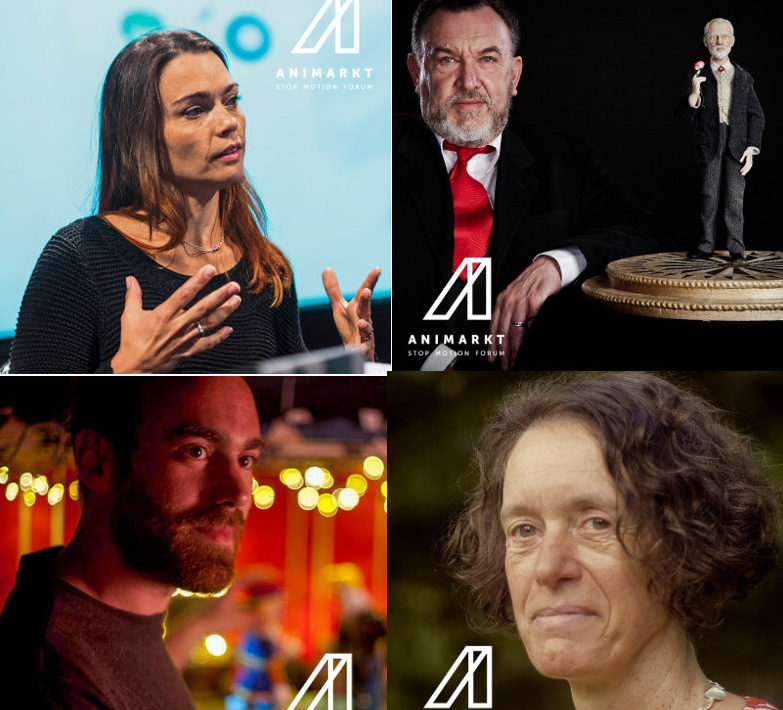