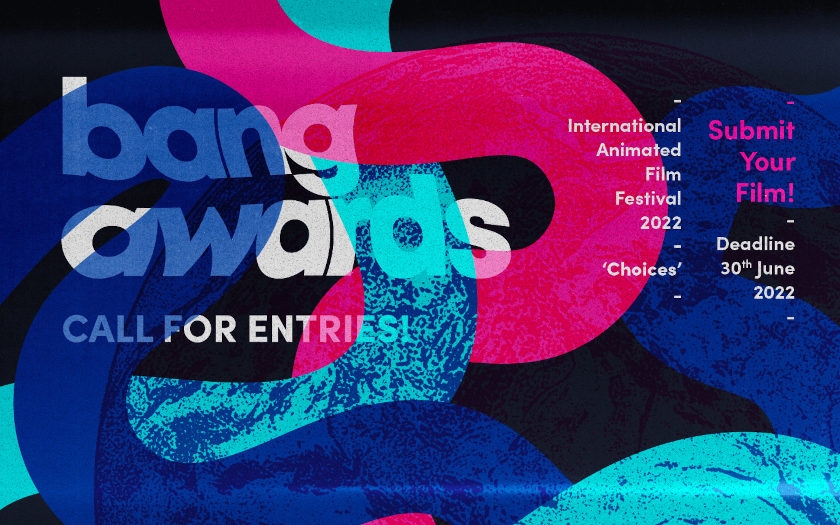 This is a dynamic festival, aimed at the latest technologies and towards a public immersed in the digital arts, multimedia, illustration and film animation. Making best use of its online platform, BANG can reach all users and be watched on any screen anywhere in the world. In our last edition, we consolidated Bang Awards Festival as a reference event on the international circuit. From the first, our main objective has been clear: to create a privileged access to inter-film dialogue, as well as between creators and the public. What we have received in return is too precious to be quantified: hundreds of films that have touched us in so many ways. We are delighted with our journey so far and this has energised us to continue this surprising voyage through a world of creativity. Thank you all!

The 6th edition of the BANG AWARDS - International Animated Film Festival towards a public immersed in the digital arts, multimedia, illustration and film animation. Making best use of its online platform, BANG can reach all users and be watched on any screen anywhere in the world. The number of animators participants for our previous editions (more than 400 films) from all corners of the globe. The festival has a panel of international judges, Olga Bobrowska (Poland), Marcelo Marão (Brazil), Virginia Mori (Italy), Markus Dorninger (Austria), Bryan Dimas (USA), Bruno Caetano (Portugal), Guilherme Bonini (Brazil), Andreas Noe(Germany), Marta Monteiro(Portugal), Camila Kater (Brasil).

The Awards Ceremony will be held on August 27, 2022, in Torres Vedras - Portugal. The festival will have a program full of workshops, talks, outdoor Cinema, art installations and other activities related to cinema. The 6th edition of the BANG AWARDS – International Animation Film Festival, have "CHOICES" as its main theme, it is promoted by the Municipality of Torres Vedras in Portugal and organized by Nau Identidade and produced by Slingshot.

BANG is aimed at anyone interested in the area of film animation who fulfills the conditions and requirements for entry, at a national or international level, and who has work to present based on the competition themes. There is no restriction as to academic qualifications or the professional profile of the entrants.

Bang Awards Festival is promoted by the Torres de Vedras City Council, produced by Slingshot.pt, organized by Nau Identidade, with the support of A3 - Graphic Arts.