The 14th edition of Weird Market, International Animation, Videogames and New Media Market, officially opens its calls for projects. The contest to be held in Valencia (Spain) from September 27th to October 2nd 2022, will receive until July 15th projects in five different sections: animation and video games, transmedia, webseries, board games and comics.

The call for animation and video games projects is once again a cultural bridge, thanks to its Luso-Spanish scope. In addition, RTVE, Movistar + and the Annecy Festival continue as collaborators, granting various recognitions such as the Movistar+ Short Film Project Award, RTVE Awards for the Best Video Game Project, the Most Innovative Video Game Project and the Video Game Weird Plus and the Annecy-MIFA Award for Best Young Creator Animation Series Project. For its part, the category of European new media, innovative and transmedia projects continues to be a great continental reference on new trends. In addition, we also have the international section of animation webseries and the two calls aimed at European board game projects and European comic projects.

Requirements :
1) Films completed after January 1st 2021
2) Maximum duration: 30 minutes
3) Country of production: All countries (except Spain)
4) Screening format : H264 .MOV, Audio PCM or AC3
5) Accepted genres : All kind of animation
6) Subtitles: Preview copy with English subtitles if it is not the language of the original version.

The results of the selection will be published in the website www.weirdmarket.es in September. 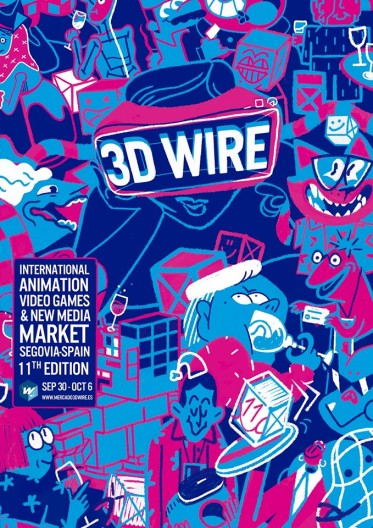