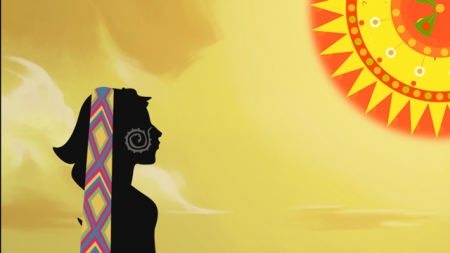 As the name implies, it's a festival showcasing acclaimed animated films created by women from around the world.From satire to drama, from the everyday to the surreal - in styles from traditional 2-d to stop-motion to computer animation - the festival features something for every taste.

2023 Call for Entries (deadines to be announced)

Festival films must be animated, directed by a woman, and narrative in structure (no music videos, trailers, non-narrative experimental pieces, and so forth.)

We prefer films completed in the festival year or previous year (e.g. 2021/2022 for 2022). Earlier films are typically ineligible. Filmmakers accepted into the festival are strongly encouraged to provide film stills and a photo of the director.

The following criteria do not disqualify a film but may weigh against consideration for acceptance:

Films shorter than 2:00 or longer than 20:00
Films available publicly online
Films that have played extensively in the US (especially the northeast)