Gkids prepares From Up on Poppy Hill: New poster and release date

Gkids prepares From Up on Poppy Hill: New poster and release date

From Up on Poppy Hill is the latest directing effort by Goro Miyazaki (son of Hayao Miyazaki, and director of Tales from the Earthsea), based on the popular manga Kokurikozaka kara. [Read the film review]

Kokuriko-zaka kara (the original Japanese title) tells the story of a pair of high school students  in 1963 Tokyo who object the demolition of a historic building, and at the same time have their own families' past secrets to deal with.

Hayo Miyazaki has co-written the film's script. From Up on Poppy Hill was a box-office hit in Japan, and became the highest grossing domestic film with 56 $million. The film also won the Audience award for best animated children's film in the 2012 Anima Festival, Brussels.

The US independent distributor GKids (responsible for bringing Chico & Rita and A Cat in Paris to US audiences) will bring an English-language version of From Up on Poppy Hill. 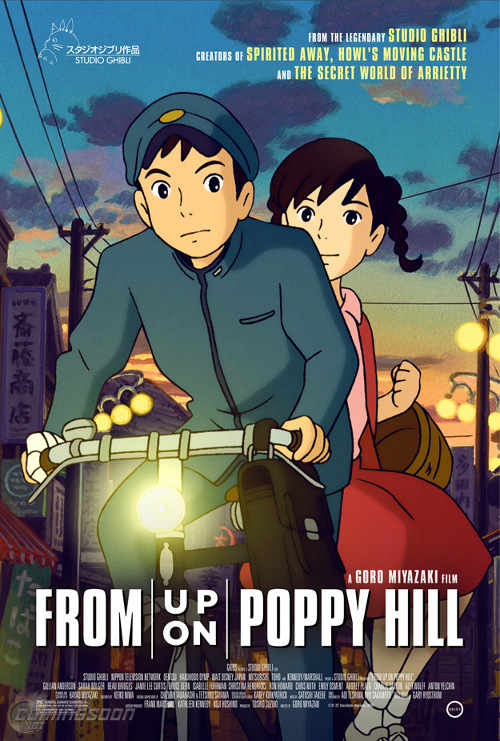