Asura is the adaptation of a manga by George Akiyama. The story take place in the 15th century Japan.

The dark Asura follows the struggles of a child during a famine. His mother was so impoverished and starved that she tried to eat Asura at the beginning of the story (synopsis via Anime News Network)

The trailer justifies the synopsis. This is more a journey to hell than an action-packed anime.

Asura competed at the official programme of the 2012 Annecy film festival. 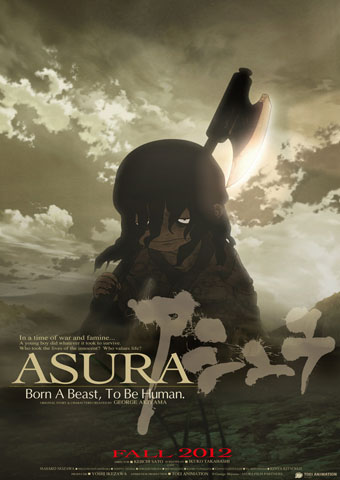