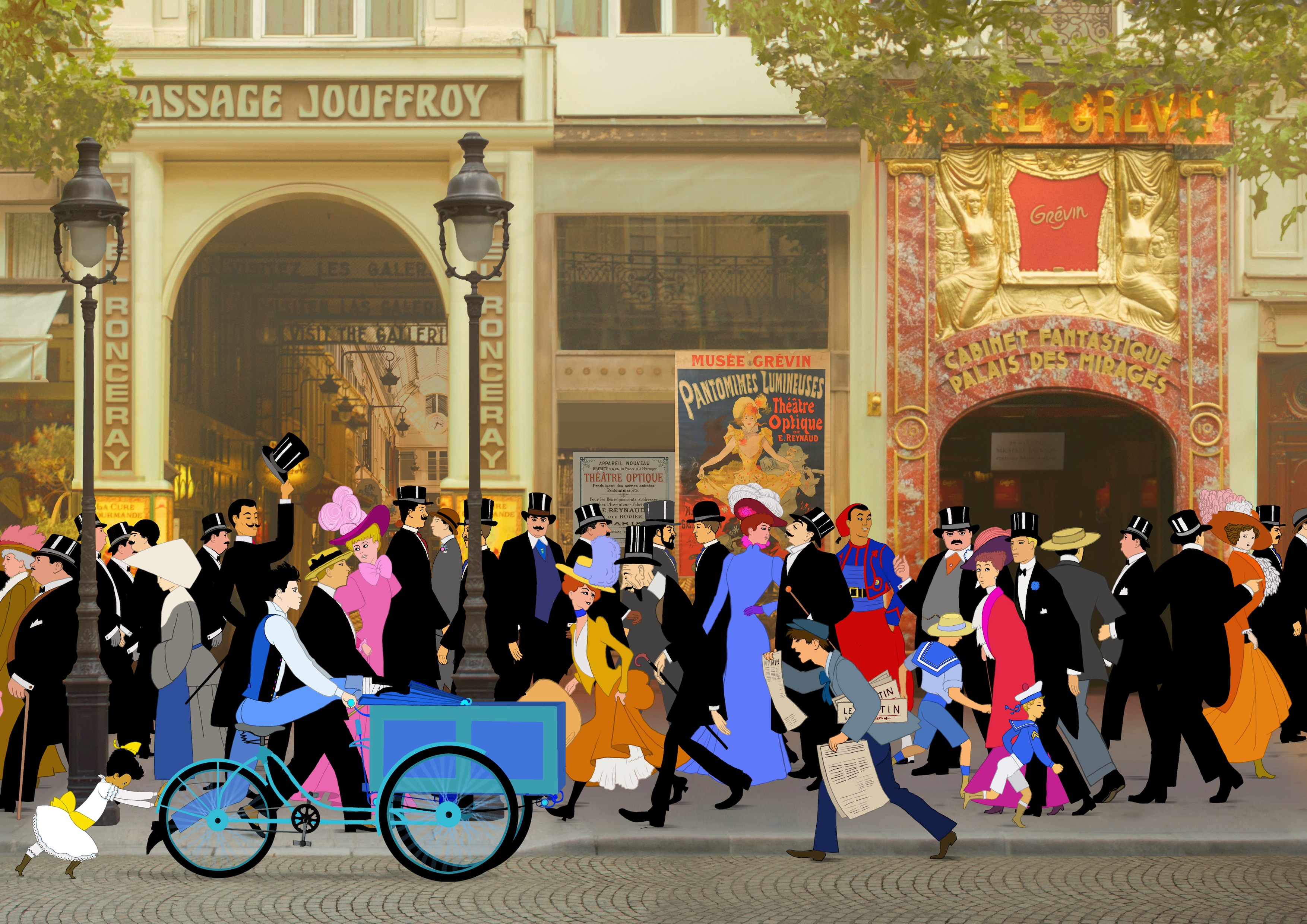 The director of Kirikou films, Azur and Asmar and Tales of the Night, returns from exotic surroundings to move to  the heart of Paris, and it is the opening film of Annecy Festival 2018.

With a budget of 6,9 m Euros, Dilili in Paris (Dilili à Paris) strives, according to its director, to represent both the passionate and enchanting (not necessarily beautiful) lifestyle of Belle Epoque Paris, and at the same time, draw attention to the women's place inside that big construction.

Christophe Rossignon and Philip Boëffard of Nord-Ouest Films, which has already produced Michel Ocelot's Azur & Asmar (2006), are on board for Dilili in Paris, in co-production with Studio O / Senator Film Produktion / Artémis Productions, with a backing support by Arte France Cinema.

Les Fees Speciales  and MacGuff handle the animation. Michel Ocelot has used hundreds of his own Paris photos as background references, and designs the characters. Watch the LCI video, which describes the process of animation (in French):

Dilili à Paris will be released in France on the 10th of October, 2018 by Mars Films. Wild Bunch handles international sales.