The Tibetan Dog goes to France 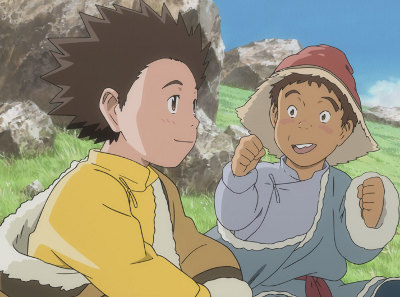 The Tibetan Dog narrates the story of the young boy Jiantan, who assumes the responsibilites of a sheep herdsman, and develop a friendship with a stray, gold-colored Tibetan Mastiff.

Masayuki Kozima is a member of the renown Japanese studio, Madhouse, and has animated and directed TV and feature films since 1982.

The Tibetan Dog (Le chien du Tiben) competed at the 2011 Annecy International Film Festival, and it is his second feature film.

Gebeka films (France) will release the film in 26 September 2012.