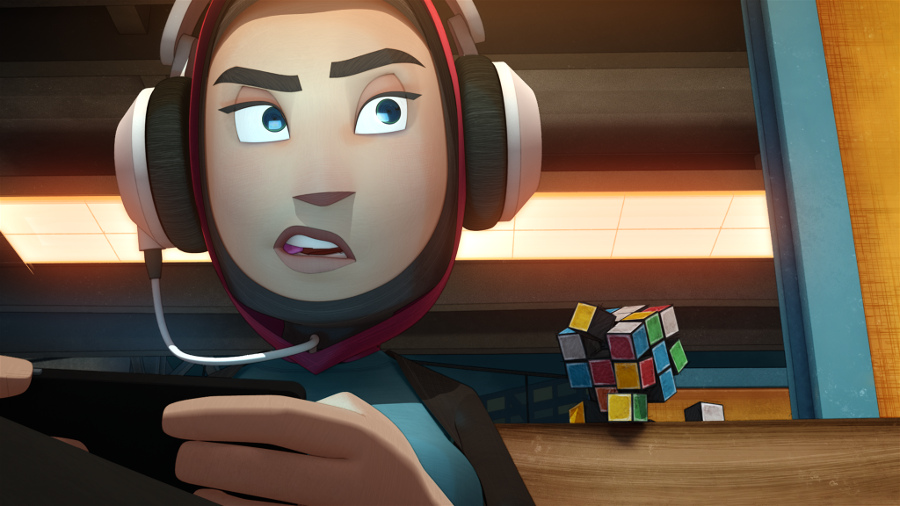 After Esra misses her train late one evening, a discarded, living Rubik’s cube tries tries to get her attention in an attempt to get solved -Film Synopsis

The Dutch company Polder Animation (founded in 2010), specializes in character driven 3D animation; that means a fine tuning between a visual and character style accessible to a wide audience yet still able to capture the imagination of animators and animation enthusiasts. Also, a sharing of duties between its founders, Sander Kamermans (visual style and art direction), Jean-Paul Tossings (technical director, rigging, simulation work, pipeline tools) and Bastiaan Schraveneel  (writing, directing and character animation).

Scrambled started as a side project and a 2-minute short to test stylistic aspects.But things changed when developing the script.

"It had quite a story at its heart" director Bastiaan Schravendeel tells Zippy Frames. "The contrast between the impatient, phone-addicted girl who misses her train and the weathered, forgotten a notoriously frustrating-to-solve Rubik's cube contained quite some inherent conflict that made a lot of the scenes come out organically".

In many ways, Scrambled represents a technical advance from the previous Blik and Now you know it anyway, whose stories took place on sunny days, and had a high contrast between lights and shadows.

What matters in the film is the mindful interaction and engagement, and for that purpose the character design of Rubik's cube is paramount. This was a fact that 3D computer animation knows how to do best - but even in that case, the animation team had to reconfigure the whole process

While a Rubik's cube is mechanically very simple - it's just 27 plastic pieces that snap together - analytically it's a different story. Since each turn affects in which direction any given piece can go the next turn, it's a dynamic hierarchy which required a custom plugin to work correctly. Simple to explain, surprisingly hard to get to work. Couple that to the fact that, in any given state the cube would have to be able to be animated as a character as well. Our technical director managed to create a rig which could do everything in one, and added the additional bonus of being able to load different 'states' onto the cube itself.

Luckily, the cube works in reverse. While I can solve a cube, it's not something you want to have to consider while animating. We animated the moves as they should, loaded up the solved state at the end, and played it backwards. 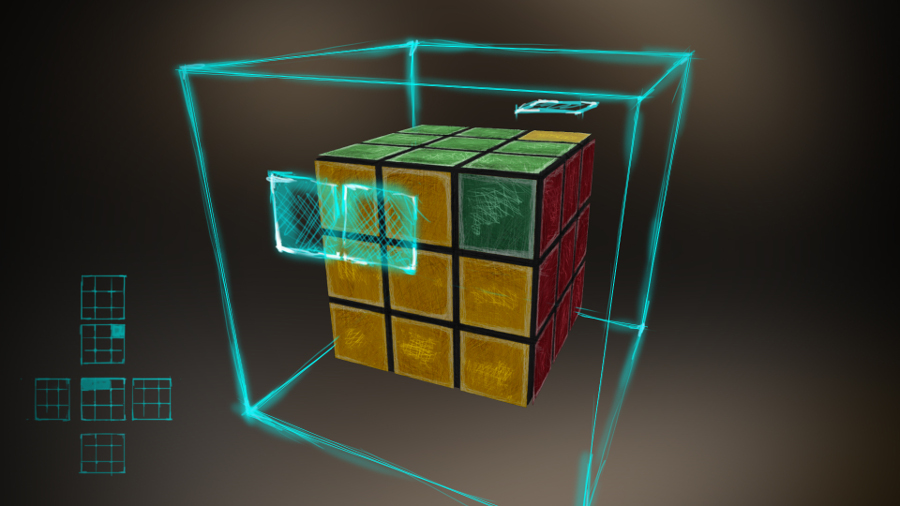 This was especially relevant as the cube's 'head' always needed to be a yellow face - the only face that's consistent over the entire film. Having the head change colour was confusing to the viewer, while for any of the other faces it didn't make the slightest difference what colour they were.

Animating the cube as a character was technically the simplest rig I've worked with, yet at the same time extremely expressive. 4 bottom cubes were feet, 1 center cube the head, the rest merely detail. The only notable exception is the second to last shot which was re-animated 3 times just to get right... but I don't want to spoil anything - Baastian Schravendeel 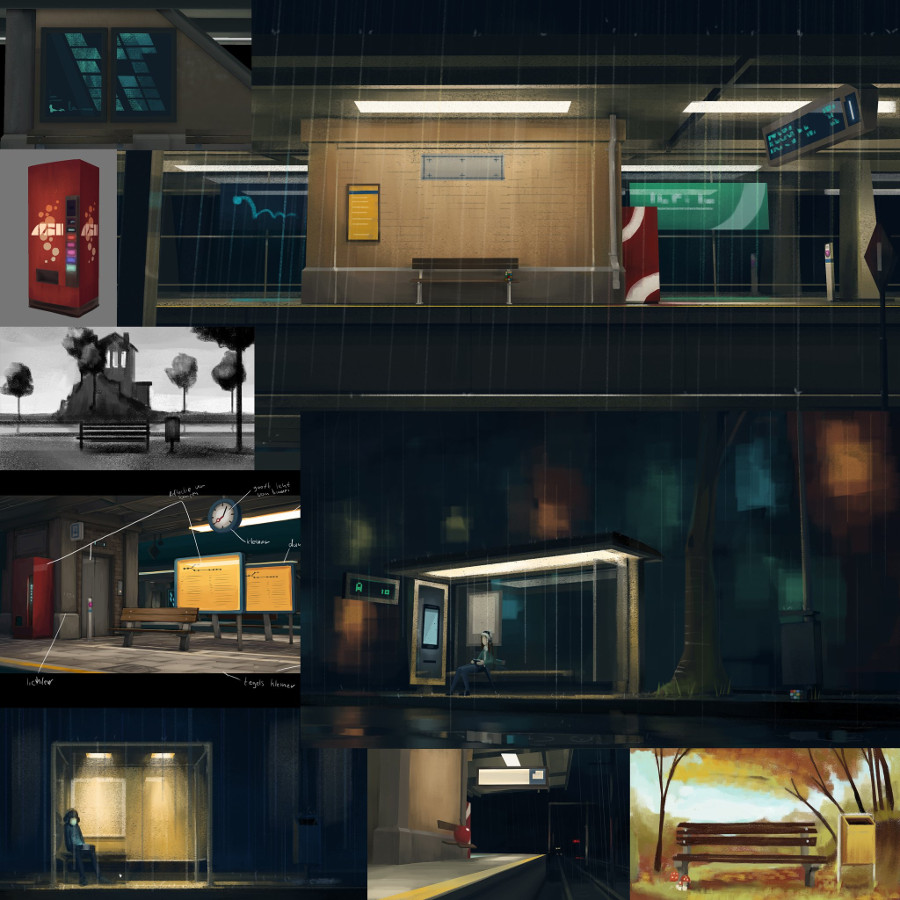 Cube details aside, the whole iconography of the film is non-descriptive. Metro numbers and letters are hidden and game letters are not visible, another result of the inherent stylization Polder Animation wants to achieve. "One of the reasons I've always liked animation is that the inherent stylisation of the world and characters allows the viewer to identify easier with the characters" Schravendeel states. "They  place themselves in that world, with an obviously  made up script and no particular location, and no dialogue n- a huge asset when creating a short film".

Schravendeel still contents that those who know The Netherlands will also recognized the yellow bright trains still. 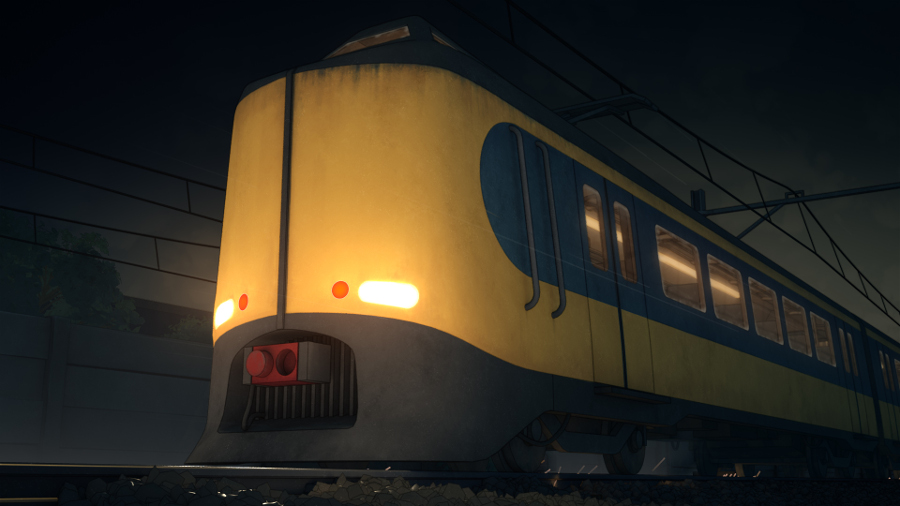 Those who will watch the film will also recognize that the passing of time needs not to be feared but embraced; also,  that the fight between the old and the shiny, the ready-made vs. the scrambled has no easy winner - this is the point that the film brings through clearly and directly.