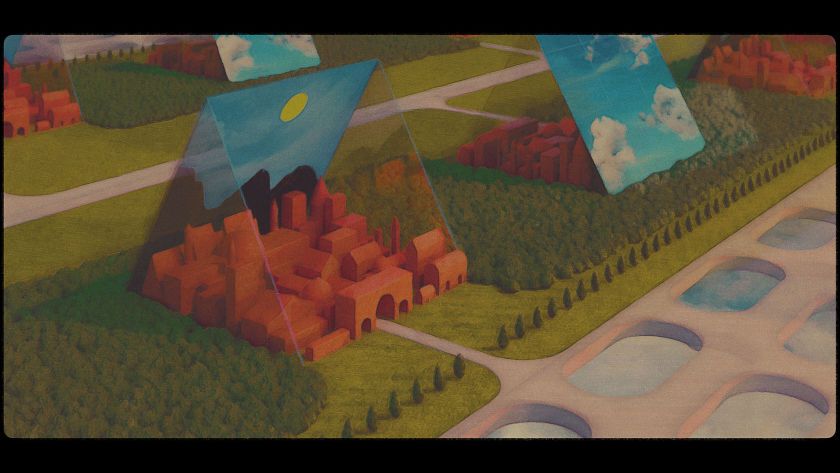 Lars Nagler encountered Serafini's Codex, the illustrated 1981 codex of an imaginary world by Luigi Serafini, in the mid 90s; he was being impressed by the overwhelming imagination and the range of the invented worlds. "At that time my interest in alchemy and mysticism began in graphic and illustrative realization" Nagler tells Zippy Frames, "but those were still times in which you could not even look on the Internet for 'more' information".

It was only later in 2019, when his 3D animation short Glimmen (watch it here) was finished in 2019 that Nagler returned to the Codex Seraphinianus, and sketched a short idea and animated film concept. The project was funded by Kulturstiftung Sachsen (also funded his Glimmen film).

The 360+ pages of Codex Seraphinianus makes up for an animated short film adaptation a separate process by itself; the opposing attitudes of untouchability towards the code and great curiosity were both experience by Nagler. Yet, the director defined his images in motion as a 'a balanced mix of worlds, objects, and creatures'. He also cared for the images' place in time. In his own words, 'giving each to give each selected image a moving past/present/future - adding comprehensible meaning here and there'.

The director mentions as a technique example the device at the film beginning, which leads to another motif from the codex - an organic building object, also perceived as a kind of world in itself. The creative question was always the flow and the freedom 'to expand this already wide world even further and enrich it by one dimension'.

Shift Simmer Slips explores the idea of of putting the whole thing together like a collage, a kind of cabinet of naturalia and with a kind of scientific eye. "This idea came only at the end of the working process" Nagler explains. "I always like to work without predefined scripts or lists. so my working process is always a flowing and intuitive one, everything very free and open"

In the end, all the image blocks were created one after the other; it was only when i started working on the sound and music that the first ideas and visions of the editing and sequence of the images emerged, and with that the wonderful idea of using this objective, explorative way of collage and these soberly focusing frames came into being. each picture stands for itself and each picture has the same significance. At the end of the work, everything came together wonderfully - Lars Nagler

Post-production involved a 3D rendering (Cinema4D), where the the respective image sequences are copied several times and run through a separate graphical batch process in different programs. "When all processed image sequences are ready, everything is layered in After Effects and specially blended over. Classic color matching, light and structure effects and grain are subsequently added".

Nagler is both a 3D programme professional and an analogue aesthetic afficionado. In terms of aesthetic impression, Shift Simmer Slips is never frightening or shocking. "There was only the desire to offer the wonderful world of Serafini with the means of animation to a curious and interested audience at best, all this with a basic positive mood and attitude". 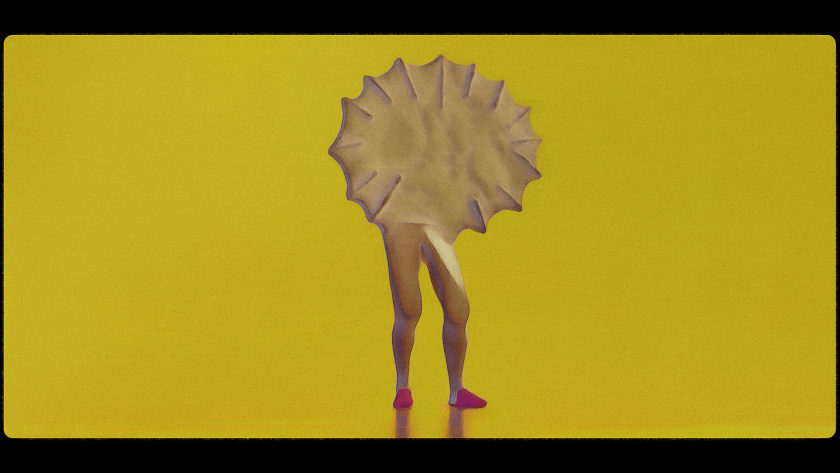 In the sound and music department, it was a change from his Glimmen film, which explored dark auditory works; in contrast, Shift Simmer Slips has a positive auditory mood. "Since my musical work is also always intuitive and therefore follows the moods of the images, it was possible to create a really fitting overall mood here and there, and anchor scenes and images even more in themselves and their time through the sound and the music".

Editing was itself an experiment, moving organically from animating individual scenes to guessing which kind of weighting and balance would work well over the entire period. Yet Nagler says that this experiment and his first arrangement fitted right away in this case.

A human figure bookends Shift Simmer Slips. "For me, the tracked vehicle with the animated hands from the beginning of the film is a symbol for the predatory system itself" Nagel will add. The human character represents the defender of his habitat against occupation, his behaviour marked by nervousness and restlessness. This image is the film's 'small message' to counteract all the wonderful worlds and diversities presented in the film, which are more than worth protecting', Nagler points out.

Lars Nagler's next project (a 3D animation short) is entitled Phenomena In Empty Spaces, and he prepares (second semester of 2021) a music video production. He is indebted to Codex Seraphinius and Luigi Serafini, for the great enrichment and source of inspiration that ultimately led to Shift Simmer Slips.

Shift Simmer Slips by Lars Nagler is a welcome animated experiment in a world where everything attempts to move and is ready for something indefinite at the same time. Looking through the microscope of a scientist, we become familiar with worlds that sometimes occupy the center stage of our field (but they are fleeting and short-lived as a result) or surround the periphery of our field (and then we find time to look at their minute processes). Diversity between all kinds of living beings is carefully chosen, without the result moving into the surrealistic domain. Shift Simmer Slips has its material well-placed and edited in a way to create the feeling of welcomed unfamiliarity; generation and re-generation, split-up of elements, small movements in an unmovable field, geometrical structures once familiar and different at the same time, makes us explore this visually serene environment. Our aural impression is equally tranquil and works as our guide to explore the simmering environment. Bookending with a human potent figure both powerful and wondering, Shift Simmer Slips presents the wonder of closely rediscovering what's in front of our eyes -albeit in a different, multi-varied and less anxious-invested way, and it does it in a smooth, dreamy way. 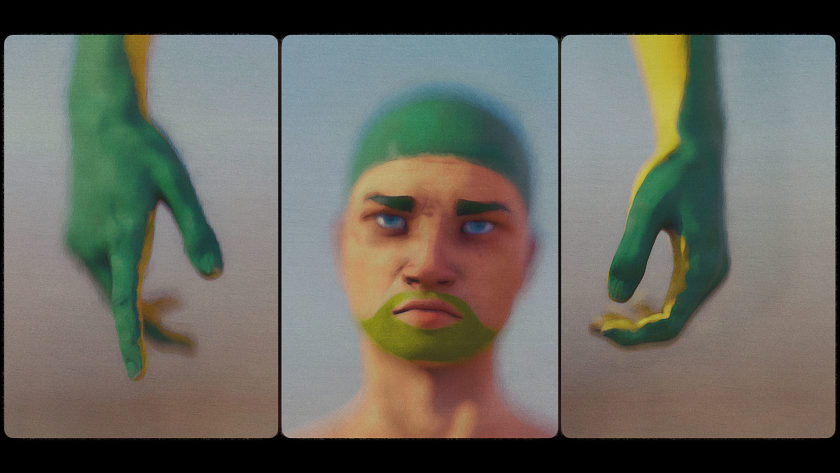 About Lars Nagler
He has born in 1974. He studied at the Bauhaus University Weimar. Since 2017, he is a freelance media designer, 3D artist, filmmaker, musician.