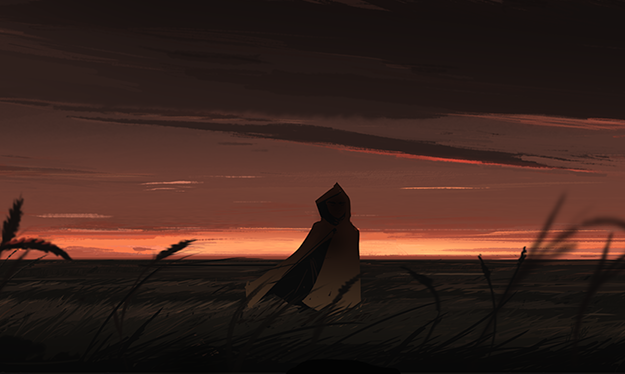 A young prince will defy the crown of the kingdom offered, and leave his kingdom. Some time afterwards, he will go through deserts and mountains to finally find what happened of his kingdom and his loved ones.

A lyrical, otherworldly and poignant atmosphere is evident in the short, which trades glory with loneliness, set to the mesmerizing music by Quentin Szuwarski.

Wyckens Manddy is a 3rd year student at Gobelins, France  and was a visual development intern at Walt Disney animation studios during summer 2012.

The Longest Road was made as part of her being an exchange student at CalArts Institute.