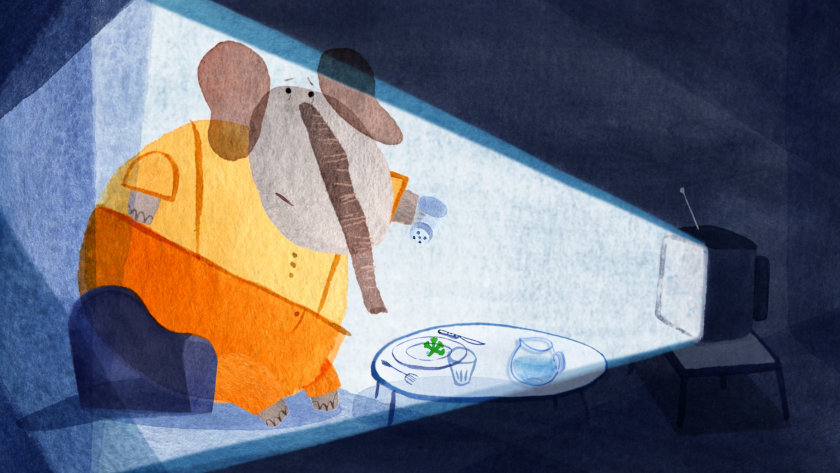 This week, Zippy Frames caught up with Nicolas Dufresne, aka Duduf, at Rainbox Productions, the French film production cooperative. Rainbox's aim is to specialise in making independent, adult-oriented animated fiction films; and as their offshoot, Rainbox Lab, they also make excellent free animation plugins, for use with a range of programs including After Effects and Blender, including the astoundingly good DUIK 2D rigging plugin for Adobe After Effects.

In conversation, Duduf explained how he established Rainbox in June 2016, in partnership with the producer, Mickael Carton. Coming from a background as a commercial 3D animator/rigger, Duduf wished to build his own production company, and to specialise in making fiction films aimed at an adult audience. Rainbox Productions is focused on making shorts, TV series, feature films, and music videos.

In 2009, when considering requirements for alternative new software, Duduf realised that he wanted to develop rigging software with IK, for use with 2d rigs. At that point, After Effects offered some limited IK, but this involved using expressions, taking it away from a more intuitive and tactile sense of character animation. Duduf's approach was to develop a rigging plugin that felt like that of a 3d character rig; the newest version lets the animator develop a convincing sense of bodily-physics and involves an intuitive animation process. DUIK was also used to great effect by Florentine Grelier, on My Juke-Box (featured recently in ZF). Rainbox Lab has also made a 2.5D rigging plugin available for Blender, as well as a range of other great tools.

Example films made at Rainbox Productions, such as La Soupe Au Caillou (The Stone Soup), which was rigged with DUIK, show a tactile and humorous sensitivity to character animation, and uses a cut-out style that is perfectly suited to DUIK, and a visual style which recalls the lyrical decoration of Mary Blair. Duduf explained that without DUIK, La Soupe Au Caillou would have been made using actual paper cut-outs; but with DUIK, the animators utilised the transparency of layers, leading to delicate overlays of textures between objects and characters.

In contrast, Mythomen is a feature film in development, also made using DUIK. Aimed at an adult audience, the trailer reveals a darkly humorous critique of macho, corporate culture: a young boy dreams of becoming a superhero, and takes a job at the Mythoman Corp, where superheroes are funded by product placement. The film represents an interesting critique of capitalism and commodity fetishism, and may be compared to Bojack Horseman in its humorous angle.

Rainbox are currently running a crowdfunding campaign, to support the continued development of new tools. Many thanks to Duduf for the interesting interview, and for persevering through the most unreliable Zoom connection! 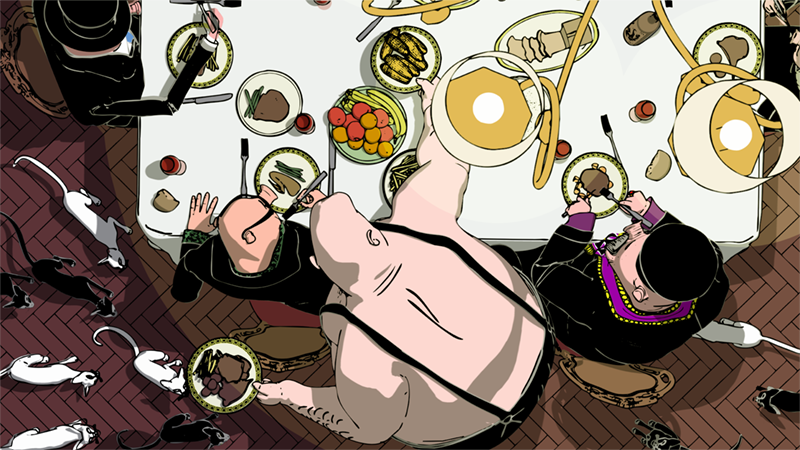 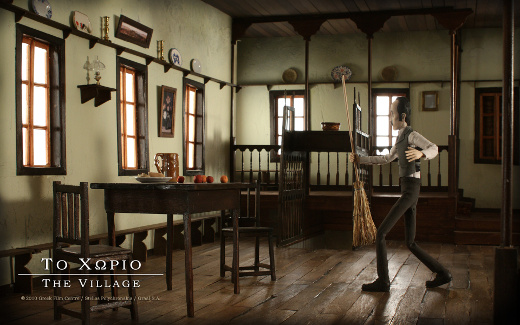