The new, 2D version of the famous wooden liar is a multi-European affair. Pinocchio is produced by CometaFilm (Italy), Iris Productions (Luxembourg), 2d3D Animations (France) and Walking The Dog (Belgium). The director Enzo d'Alò  wants to stay away from the Disney version, and remain closer to the spirit of the hero of the original book by Collodi. Watch an excerpt below:

The soundtrack is written by the late Italian singer and composer Lucio Dalla.

An English, French, and German-dubbed version is also prepared, according to Iris Productions 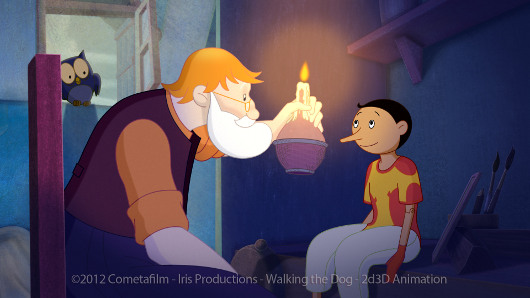