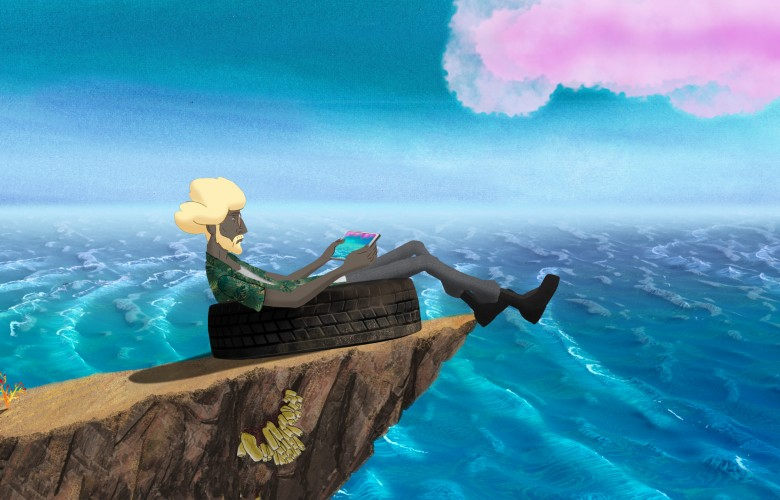 "The Island" is a musical comedy and an upside-down Crusoe story. Robinson is a doctor and unlike Robinson Crusoe, his solitude is voluntary but his island in the Mediterranean Sea is invaded by migrants, NGOs, guards. Friday is a castaway, the only one from his boat to have survived when sailing from Africa to Italy. During his strolls on the island, Robinson confronts his own solitude by keeping a diary - that works like augmented reality - filled with extraordinary beings and events, which both fill and trouble his daily life. The island becomes a representation of our contemporary existence - Film Synopsis

The screenplay, written by Damian and Augusto Zanovello, The music score is an adapted version of Ada Milea & Alexander Balanescu’s music album – The Island – featuring the Balanescu Quartet (2011).

Zippy Frames Sneak Review (CARTOON Movie 2020):  Anca Damian describes the project as an "augmented reality" project, with a post-modern, tablet-invested version of Robinson Crusoe; singing dialogue here abounds, with the main character recreating visually his own supporting characters and situations. This is one of the projects that would be hard to work in live-action, so the trademark mixed-techniques aesthetic that Damian uses in all her works really augments the story itself. There's nothing pure nor new in this world, which nevertheless looks a world ready to be visited and explored