Awards were announced at the EIFF awards ceremony (27 June) held at Filmhouse in Edinburgh today, hosted by Grant Lauchlan. As voted for by the audience, The McLaren Award for Best New British Animation, supported by the British Council, went to the stop-motion puppet film MY STUFFED GRANNY by director Effie Pappa.

The film, made by the Greek director at the National Film and Television School, details the peculiar relationship betwen little Sofia and her grumpy granny, who will never stop eating -to the detriment of the family's economic situation.

The Award for Creative Innovation in a Short Film, now in its second year, was awarded by the Short Films Jury to THE BIGGER PICTURE directed by Daisy Jacobs, which has already won the Cristal for best graduation film at Annecy festival.

The jury citation read: "This was an incredibly strong field with creatively exciting elements present in almost all of the titles that we watched. The film we have finally chosen for the award of Creative Innovation in a Short Film sparkles with originality both in its key ideas and the freshness of technique through which it approaches its poignant subject.

This carer's story dramatising child-parent relationships and the frailty of ageing is handled with humour and a quirky lightness of touch which undercuts the sadness and darkness. Creatively innovative in its storytelling as well as in its daring animation techniques, the winner is The Bigger Picture directed by Daisy Jacobs and produced by Chris Hees."

The Award for Outstanding Individual Contribution to a Short Film, which celebrates imaginative and innovative work in short cinema, was awarded to UK animators Ainslie Henderson and Will Anderson (co-creators of the BAFTA-awarded The Making of Longbird) for their screenwriting and direction of the short film MONKEY LOVE EXPERIMENTS.

The Short Films Jury citation read: "We were having a beautiful time watching all these great, highly creative and inspiring films. We wish to thank the Edinburgh International Film Festival for this wonderful opportunity and their kind hospitality.

With fireworks of poetic ideas we have been shown within the deepest loneliness a heart-breaking love story.Yes, a peanut shell can be either a rocket or a wedding ring on the finger of metal.

Being as stylish as it is simple, this animation and an animated hero with wind in his fluffy hair enters straight into the heart and to tears. The award for outstanding contribution to a short film goes to the filmmakers Ainslie Henderson and Will Anderson for their direction and screenwriting of the short Monkey Love Experiments."

All the winners of the 68th Edinburgh International Film Festival. 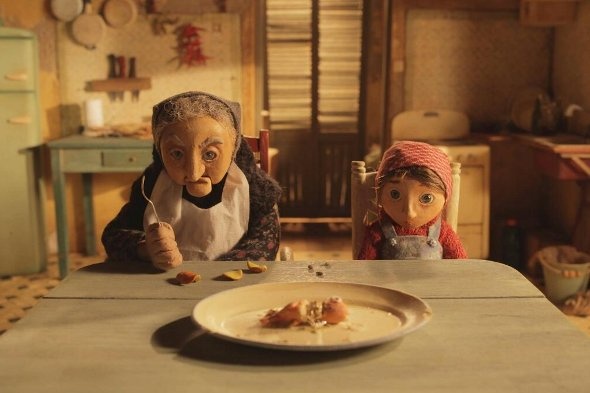