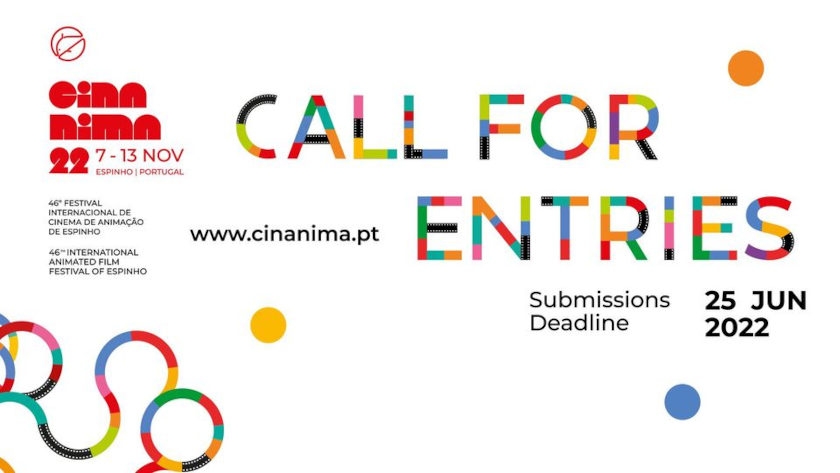 CINANIMA is an animation film festival co-organised by NASCENTE – Cooperative Society with Cultural Purposes, and by the Espinho City Hall. Ever since its first edition, back in 1976, it has been working continuously to promote this form of cinema and its authors. Being a precursor of cultural decentralisation in Portugal, CINANIMA has won international recognition while not belonging to the main cultural centres of Lisbon or Porto.

The Festival is organized by a non-profit association, it is approved by ASIFA – Association International du Film d’Animation – and is supported by the Ministry of Culture/ ICA I.P. – Institute of Cinema and Audiovisual, the Ministry of Youth/ Portuguese Institute of Youth, the Portuguese Tourism Institute, the Ministry of Economy and the Parish Council of Espinho. It is also sponsored by several private entities, and has formed partnerships with the media for promotion and advertisement purposes.

To many professionals, the opportunity to present a film at CINANIMA represents one of the few opportunities to show the public the result of their work and effort, in addition to the privileges to which the winners are entitled. CINANIMA’s Grand Prize winner for short films is placed on the shortlist for the Oscar© for the Best Animation Short film nominations, as the Festival is one of the events recognised by the Academy of Motion Picture Arts and Sciences.

Throughout these 46 years of activity, CINANIMA has contributed to creating new audiences for this art form, encouraging the general public to recognize the value of animation cinema, pushing aside the prejudice that animation is only for children and confirming animation as an outstanding artistic and multidisciplinary communication platform.

Besides promoting contact between professionals and the audience, CINANIMA is strongly committed to educating professionals and the general public. In recent years it has been developing an educational programme in the visual arts that also enriches experience of those who visit the Festival.

A festival such as CINANIMA consists of more than just films, it is also composed of numerous exhibitions, workshops, performances and other initiatives that are held during that week. For those who don’t have the time or availability to be at the Festival the whole week, and would prefer to see the best of the competition in one go, Sunday, the last day of the Festival, is surely a good day to come to Espinho and see one of the four screenings dedicated to the winning films. Those familiar with CINANIMA know they won’t be disappointed. If you have never been here before, come and discover the Festival!

The 46th edition of CINANIMA - International Animated Film Festival of Espinho will take place from 7 to 13 November 2022 in the city of Espinho – Portugal.

1. All the Juries can attribute, or not, the award in any of the categories. Subsequently, the Jury will provide a statement justifying their decision;

2. The Jury, according to their own criteria, may also attribute:

a) A SPECIAL MENTION in each of the categories in Competition;

b) A COMMENDATION in the International Competition Short Films for:

i. Art Direction – Award for the film that stands out for the quality and impact of its visual aesthetics;

ii. Screenwriting – Award for the film that stands out for the remarkable quality of its script and story, both in terms of thematic approach and in the development of the narrative and storytelling;

iii. Sound Design – Award for the film that stands out for the technical and artistic quality of its sound design.

AUDIENCE AWARD
Attributed by the Audience of the Festival, through a vote, awarding their favourite film from those screened in the International Competition.

CATEGORIES IN THE COMPETITION:

INTERNATIONAL COMPETITION
Applicants can choose only one category of the International Competition.

1. A film is considered to be Portuguese when it has been directed by a Portuguese citizen or whose production is entirely Portuguese.

2. Portuguese films can enter only one of the National Competition categories:

i. Films directed by Children and Youngsters (until the age of 18) within the scope of educational activities or workshops.
§ The submission of a film in this category blocks the submission of the same film to the International Competition.

Among the films submitted to the Festival and not selected for the Competition, both the Artistic and Programming Committee and the Festival’s Educational Service will organise programmes with the designation Grand Panorama.

Of the 1400 submissions from 72 countries, the Festival's programming team selected 26 hours of films, which were screened by the Selection Jury, constituted by Margarida Madeira, Mário Gajo de Carvalho and Regina Machado.

Four feature films from the 23 submitted were selected for international competition: “Away”, by Gints Zilbalodis (Latvia); “The Tower” by Mats Grorud (Norway); Otto Guerra's “Pirate City” (Brazil) and “Titus and the Birds”, by Gustavo Steinberg, Gabriel Bitar and André Catoto (Brazil).