Painting and Other Delights: Q&A With Juan Ibañez

How to combine painting, animation and pedagogy? 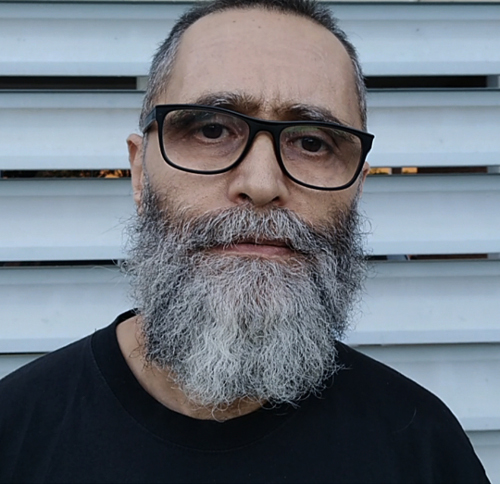 Seville-based Spanish animation artist Juan Ibañez works in animation on both the great painters and the youth at the same time. Without resulting to voice-over documentaries, he made 3 animated shorts in 2017 (The Garden of Earthly Delights, El Greco on the Moon and The Secret loves of Dalí) to accompany the conferences  Genies of Imagination: El Bosco, El Greco and Dalí in Platea.

ZF: What is the technique of the films?

JI: We could talk about hybridization or miscegenation. There are no limits on resources when it comes to achieving a goal, although apparently these techniques can be repelled while living harmoniously with them in the same project. I speak of 2D, 3D, animated collage, digital retouching, drawings and the inclusion of videos from different sources. In the short film El Greco on the Moon, for instance,  I use videos of free disposal of the Apollo 11 Moon landing.

ZF: For The Garden of the Earthly Delights, the production period is a long one. Did you change your conceptual / director's approach in the process?

JI: The Garden of the Earthly Delights has two stages. The first corresponds to 2009, when the multidisciplinary artist and producer Isabel Chiara assumed the production of the project filmed in 4: 3 format.

In 2016, the Prado Museum asked me for permission to project it during the exhibition of the V Centenary of Hieronymus Bosch, but various events prevented the project from materializing. Then I had already begun to adapt it to panoramic format. Shortly after, Dr. Carmen Padilla calls me to illustrate the conference cycle that she had for 2017 audiovisual "Geniuses of Imagination: El Bosco, El Greco and Dalí" (held at the Espacio Platea Madrid). When I arrived in Madrid, during the day of the conference (27 January),  I saw the copy during its screening. Some changes were subsequently made.

ZF:  What is your team for these shorts? Do you work with the same people?

JI: For the first version of The Garden of the Earthly Delights, I had a multidisciplinary team. For the 2017 version, I had myself to face all obstacles, with the support of Laser Film (Madrid) for the final edition. For El Greco on the Moon I had a collaborator for editing and post-production effects - also I  collaborate with several international musicians for the music.

ZF: Would you consider your films mostly artistic shorts or  pedagogical /educational short? Or these distinctions don't matter to you?

JI: They are artistic shorts with a pedagogical background. Although they are being selected at festivals, it's difficult to watch them at a festival because of their theme, and I don't intend them to compete with traditional animation films. There are art galleries interested in these shorts, and there have been discussions to exhibit them in Contemporary Art Museums.

The project to animate paintings was born with the aim of bringing classical art to young people from a contemporary perspective. I avoid the traditional documentary with the voice-over that accompanies the visualization of a painting. I think it's more novel and positive that the actions represented in a painting speak for themselves.

The Garden Of Earthly Delights

ZF: Do you think surrealism can be taught via visual education?

JI: Visual education helps you understand. A history class about surrealism can be taught; we can also approach surrealism by contemplating the work of artists such as Dalí, Magritte, or Max Ernst ... But true surrealism accompanies us in daily life, on the street, in the subway, at work, in the bedroom. ..

ZF: What makes animation distinct from painting for you? Of course, movement is a big difference, but how would you describe the feeling?

JI: Painting has been fundamental until the advance of the audiovisual. But painting is very limited in terms of the frame it supports. The audiovisual elements in the video installation are grouped together, both visual and sound art. An audiovisual piece can be broken down when it is displayed in a gallery or museum, and you can make it immersive for the public. Although I have to continue painting, the audiovisual experience is more enriching and less perishable.

Juan Ibañez is both an animation artist and a graduate of the Faculty of Communication of the University of Seville. His Master's Degree (Audiovisual Direction) was successfully completed with El Greco on the Moon, which has been selected (among other festival) to Festival Internazionale di Cinema Animation and Nuove Tecnologie (Bologna, Italy), International Peace and Film Festival Cinepolis IMAX Theater  (Orlando, Florida/US), KINOLIKBEZ (St. Petersburg, Russia).