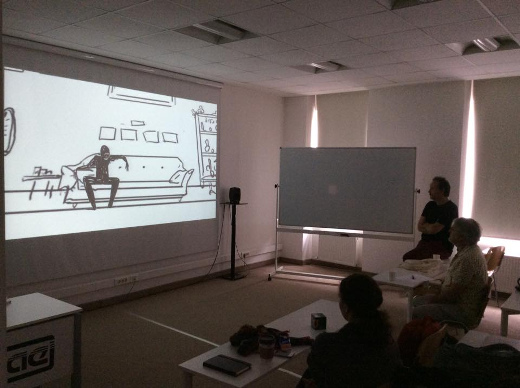 We met Berat Ilk, successful Turkish animation director and producer, and president of ASIFA-Turkey, during Animasyros 9.0, and had a fine chat about Turkish animation, festivals and education. 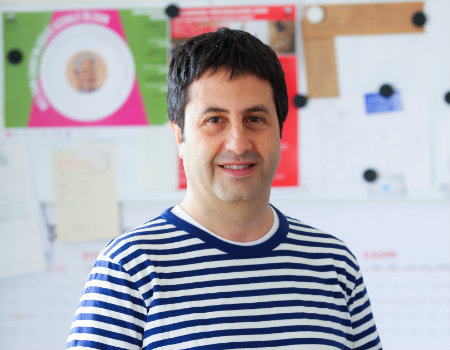 ZF:You have a varied and diverse professional background, from animation artist and director to producer and now ASiFA-Turkey president. How would you describe yourself, and what motivates you in animation?

BI: I started my life in animation by watching animation as a child. I am a true animation lover.

Then, my professional life in the field started as an animator and I have to say that as an animator, my favorite technique is stop-motion. So far, I have worked on more than a hundred commercial films, using various techniques of stop-motion.

Animation is never boring as it consists of team work and various uses of technology. Learning new things motivate me. While doing stop-motion the environment needs to be very calm and quiet, which I like a lot. But I also like the crowds and excitement of the festivals. I find peace and happiness while I am supporting first time directors.

In recent years I started to share my experience and knowledge with young people who want to make short independent animation films. I am proud and excited to be the producer of more than 20 short films, which are varied both storywise and technique wise.

ZF: How did you start your Canlandıranlar Talent Camp, and what do you aim to achieve with that?

IL: Making my first film back when I was a student was very troubling, tiring, time consuming and lonely. I definitely understood back then that animation is a teamwork. Years later, in 2008, while I was lecturing at Istanbul Bilgi University, I started a workshop called Canlandıranlar, for students who wanted to make short animation films for festivals.

In 2010, I developed this workshop into Canlandıranlar Talent Camp with the support of the European Capital of Culture fund. This is a platform where animation filmmakers gather, meet and motivate each other.

Young people in need of support on scriptwriting, storyboarding, directing, lighting, camera, sound design and music aspects of animation filmmaking get to meet professionals, while they are developing and making their films.

We are in the 7th year of the Canlandıranlar Talent Camp, and already made more than 20 films. 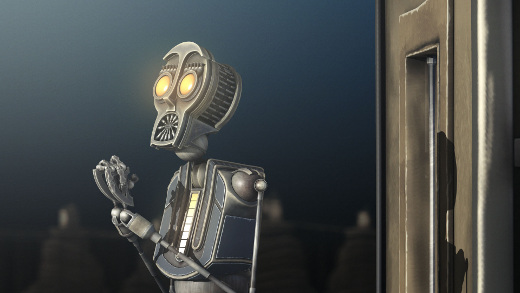 These films also gave birth to the Canlandıranlar Festival, an independent platform which only exists with volunteering work. We don't receive any funds from the state.

BI: Turkey has a history of independent animation with artistic and intellectual concerns instead of commercial worries, one that was obstructed by political, economic and social reasons and revived afterwards. However, the visibility and abundance of commercials, TV series and feature films in Turkey result in uncertainties in animation's perception as a way of artistic expression. 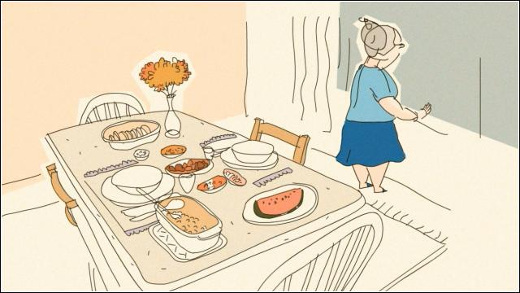 In Turkey, there is a common oversight of animation as a field appealing to children only. Even local academic studies on animation are generally merely chronological; they do not examine content-form and production methods. Turkish independent animation deserves morevisibility and better accessibility. Today's independent animation of Turkey is rich and varied in terms of content and technique.

ZF: What are the opportunities for professional animators in Turkey for artistic work, and what do you think is the role of Universities in these? Do you see any differences from the past, for the better or worse?

BI: I will answer this question with what I have experienced personally. I am one of the first graduates in this field. I believe that receiving an education on animation at University is quite important, while graduates working in the field have more advantage.

But making good animation needs a lot of effort and hard work. After a point what counts is that you really like what you are doing. People who love what they do continue to do it, regardless of whatever university education they receive. 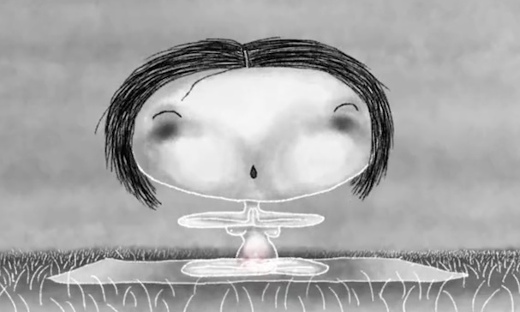 The Girl Who Slipped Inside, Işık Dikmen

The secret lies in loving it. The uniqueness of the artistic work increases if it's done with individual effort and freedom. We need to ask how it is produced, not where it is produced. Currently, Universities focus on an education model based on the production of TV serials and commercials rather than artistic and experimental work. In a way, they are right because artistic work doesn't provide money.

ZF: What are your plans for ASIFA-Turkey at the moment? Any initiatives that you plan, and what is the role that you envisage this organization could have in the future?

BI: We believe festivals have a healing and uniting quality. We intend to continue our activities. We would really like to pass this work onto other volunteers and ensure its future sustainability.

ZF: What do you think of Greek animation and Greek festivals like Animasyros? How do you think they offer in audience awareness of independent animation?

BI: I can't say I know much about Greek animation at the moment but I think I will after Animasyros. Also, in the programming of this year's International Animation Day, we have a Focus on Greek Animation section which will be a good opportunity for the Turkish audience. 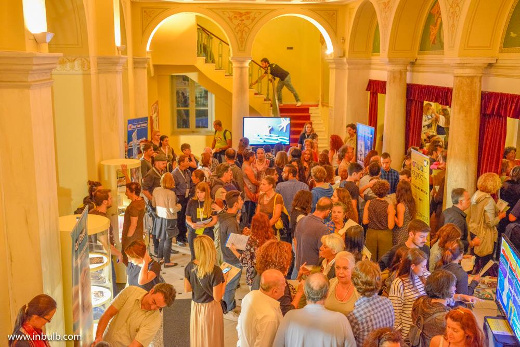