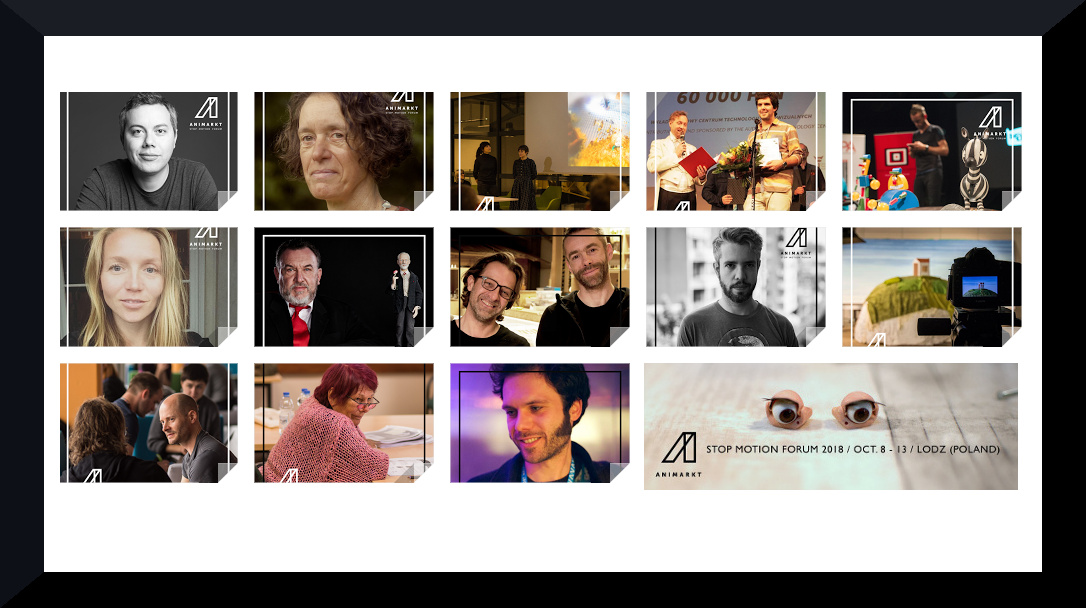 Without further ado, here's (some of) the lineup of Masterclasses (free registration at the Animarkt website)

Read more about LAIKA recruitment options at the 2018 Animarkt

The winner of last year's ANIMARKT Pitching Martin Smatana, completed his short “The Kite”. A compilation of some scenes from this stop motion animation will be shown during the event.

At this year’s ANIMARKT Pitching representatives of the 15 projects selected for the pitching will take part in the training sessions with tutors experienced in script writing and public speaking: Wim Vanacker and Nancy Denney-Phelps. Then, the selected projects will be presented on October 11th, 2018 in front of the Jury and the audience. Pitching awards include contribution in-kind sponsored by the Audiovisual Technology Center (CeTA) with a value of PLN 60.000 (c.a. $16,000) and PLN 40.000 (c.a. $10,600), and prizes sponsored by Dragonframe, DitoGear, Playade Sound Studio, FestivalWhizz, Ale kino+, CITIA.

To help new talents to improve their skills in creating stop motion animation, three 3-day workshops will take place at ANIMARKT 2018. Steven De Beul and Ben Tesseur from the successful Beast Animation studio will lead “Directing stop motion animation” workshop. Carlos Bleycher, a scriptwriter, content consultant and story editor specialized in animation and childrens’ oriented content, will give theoretical and practical examples how to develop characters of TV series that fit organically into the story (“Character development and storytelling” workshop). And for the second year running, Tim Allen will supervise a group of stop motion animators during his intense “Character animation” workshop.

Networking plays a key role at ANIMARKT. To help people to get to know each other and start collaboration, this year a special Matchmaker tool will be introduced. All registered participants of ANIMARKT will gain the access to Matchmaker website with the profiles of all people taking part in the event. It will help in setting the one-on-one meetings and finding future collaborator.