Last Round in Istanbul by Serge Avédikian: Personal and Political 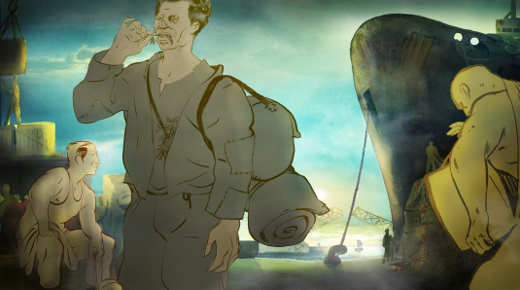 Serge Avédikian is an animation and live-action director and artist of Armenian origin, whose work reflects the turbulent relations between Turkey and Armenia in the 20th century.

His previous 15-minute animation short, Chienne D'Histoire (Barking Island, 2009), was a highly symbolic comment on those relations. Its story plot was around the investigation of the deportation of stray dogs in a remote island in 1910 Constantinople. The film was Palme D'Or awarded (Short Film) at the 2010 Cannes film festival.

His first feature animation film is Last Round in Istanbul (Le dernier round à Istanbul). The film is a 2D animation thriller,  co-produced by French animation companies Maybe Movies and 2 Minutes, and involves a mixture of archival footage, cut-out animation and animated painting.

Inspired by a true story, the plot (co-scripted by both Avédikian and Michel Leviant) transfers spectators to 1946, between Addis Ababa and Istanbul, where a Turkish boxer (Suleyman) and an Armenian boxer (Armen) are caught in the trap of a ruthless chase. After their fight in Ethiopia,Suleyman, knowing he is wanted for war crimes, stages his own death to switch identity.

Stan O'Brien, an Irish boxer, is leading the investigation for the British, with With Rosa, Armen's sister. Armen, accused of murdering Suleyman will flee, but they will all meet in Istanbul, where they will finally settle their scores.

Avedikian describes this highly charged political thriller: The main challenge of the film comes from a personal story: a settling of accounts between an Armenian and a Turk. What I want to talk mainly is the question of choice. The choice faced by all those who are traversed by History, when they realize that they are not masters of it, but only subjects.

The animating technique is based on a series of paintings by Thomas Azuelos. Characters are presented in silhouetted form (paint and cut paper) when in distance, and close-ups are painted and vectorized in Flash and Photoshop. After Efects will be used for compositing archival material and "puppeteer" movement. Maya software will also be used for backgrounds to give an ultra-realistic feel to the film.

The 90-minute film was pitched during the 2014 Cartoon Movie in Lyon, the premiere pitching forum for European animation productions.

The 4-minute pilot presented at Cartoon Movie has an overwhelmingly visceral feel, and its cut-out characters seem as if to move as if beyond shadows, in a very atmospheric, Casablanca-like surroundings.

The film was initially set for a 2015 release, around the commemorations of the Armenian genocide a hundred years ago. It was presented as a work in progress during the 2015 Reanimania festival& and is certain to stir a lot of discussions. 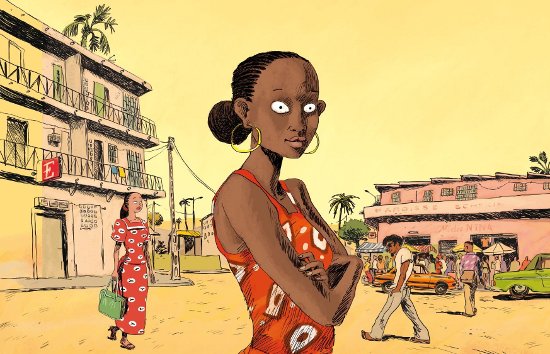 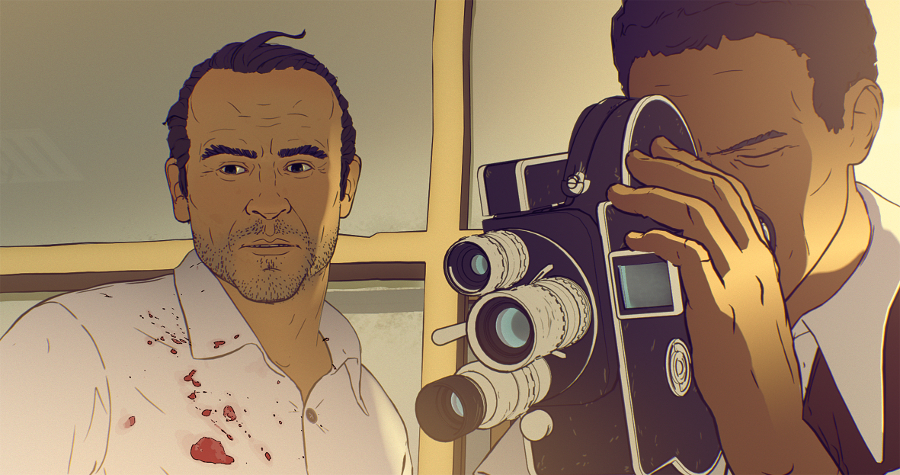