The 20th Encounters Short Film and Animation Festival  festival will look to explore the dissolving boundaries between film, media and art through an Industry Forum including an Interactive Cinema, Hybrid Playground and cutting edge HDR Moving Image research lab as well as a special programme of industry screenings including first features, the World Premier of IShorts and artist film shorts and panel debates on the business of convergence and The hyper short film.

Reflecting the industry trend towards multi platform working, the Industry Forum takes place within a wider 20th anniversary programme which will give delegates the chance to celebrate, reflect on and explore the past, present and future of short film.

The Industry Forum will present an intensive three-day forum at the Watershed, offering high-level networking opportunities designed to connect filmmakers to the industry. Masterclasses will be taking place at each day of the Industry Forum with the likes of Dean Humphries & Fernando Coimbra.

Each day is structured around a theme: Fusion (Wednesday), Festivals (Thursday) and Form (Friday), appealing to filmmakers, animators and professionals. For the first time there is a choice of a one-day pass or three-day pass. This informal, social and friendly environment enables a mixture of professional to exchange, learn and discuss the future of the industry and emerging trends.

The Festival will also present an Encounters Retrospective of 20 specially selected films from 20 years that showcase the creativity, diversity and impact of short film. The retrospective will be screened continuously in a Perpetual Cinema at Watershed every evening throughout the festival week and across the weekend so that audiences can drop in and watch the selected films for free.

The retrospective is accompanied by a 20th Anniversary Publication and other special events, which will include the UK premier of the film version of Vinyl Requiem - an impressive music and film event conceived by sound artist Philip Jeck and visual artist Lol Sargent in 1993 to mark the beginning of the era that saw the change from analogue to digital.

The  festival competition will exhibit over 200 new short films and animated films from around the world chosen from over 2000 submissions. Encounters Festival winners in the three main categories will then qualify for the British Academy awards, Cartoon d'Or, European Film Awards and the Academy Awards in the USA.

The award winners will be announced on Saturday 20th September at Awards Ceremony and the competition will culminate in a double screening of the award winning films on Sunday 21st September.

David Sproxton, Chairman of Encounters Short Film and Animation Festival explains:
From its humble beginnings twenty years ago, Encounters Festival has grown into an international success story. As we enter a new era for the festival and a completely different landscape in 2014, this seems the perfect occasion to reposition the festival and celebrate its achievements to date. 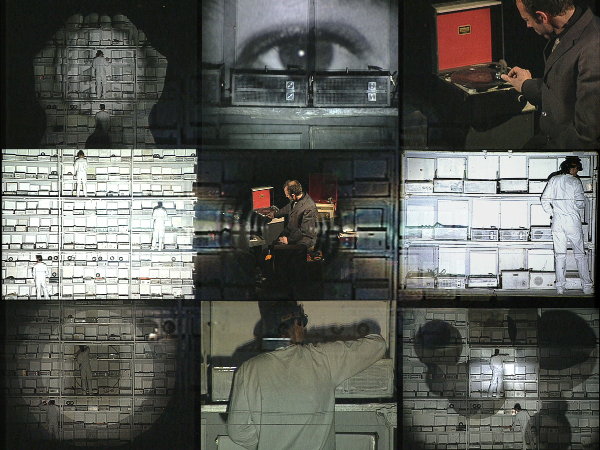