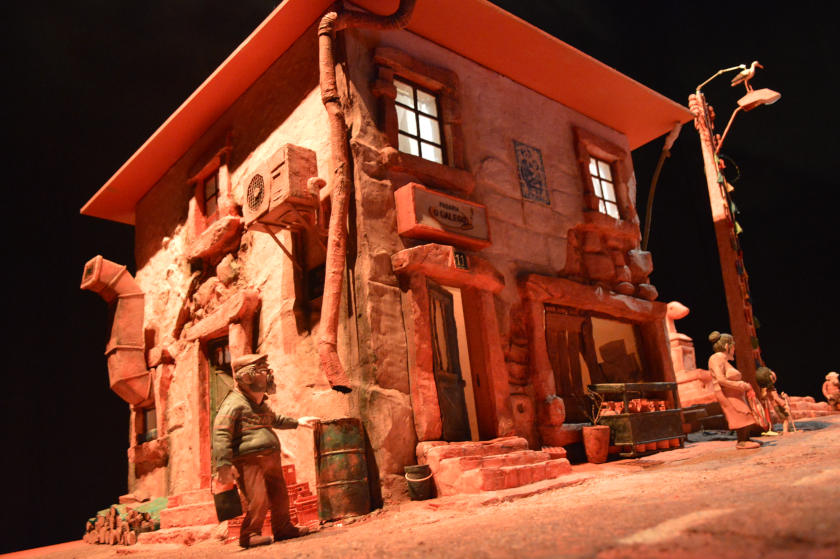 The creation of Nuno Beato's stop-motion animation feature film, 'My Grandfather's Demons' (production: Sardinha em Lata  / Caretos Film / Marmita Film), the 80-minute feature film tells the story of Rosa, a successful professional. The sudden death of the grandfather, bring her back to the home where she was raised -only to reveal his own secrets.

The project is  based on an idea from 2014. The development process took three years, resulting in a storyboard with 2813 drawings. The filming took 12 months with a constant team of 30 people. Its pre-production began in 2017, while production in 2021, and the film will be finished in the first half of this year. The voices were done before filming for the animators to reference the movement's creation.

The characters were sculptured, and from these initial sculptures, they were made in modelling clay but separated into pieces with a goal to the best way and easier to animation working. They produced about 120 different moulds, around six heads and 701 printed faces. Their structures were tailored for each character, taking their measures and movements into count.

Check the 2022 exhibition gallery, 'From the Other Side of the Camera: My Grandfather's Demons"

The Demons are the puppets for the grandfather of Rosa, who returns to her origin. They are based on the "Caretos" enigmatic figures of the Transmontane folklore.

A complicated characteristic of this film is the wide scenes (simulating the landscape of Trás-os-Montes, from Portugal) that had demanded three different scales of sets and characters. With everything contaminated with a red colour of the region ground. There was hard research on the plants to be reproduced in the film (the film used 25 types) using 400 kilograms of clay.

However, the results are amazing. The sets and the characters expressions are full of details and life, with an impressive visual result. I'm very excited to see all these demons on screen.

The exhibition 'From the Other Side of the Camera' takes place from 11 February to 27 March 2022, at Museu da Marioneta, Lisbon, in partnership with Monstra Festival