The Hungarian/Romanian short animation film 'Amok' by Balázs Turai was the big winner (Cristal for a Short Film) in the 2022 edition of the Annecy Festival. In the feature animation category, the animated version of 'Little NIcholas - Happy As Can Be' by Amandine Fredon and Benjamin Massoubre won the big prize.

As usual, a lot of jury distinctions and mentions were offered, in a particularly fine year for feature animation. Surprises (and snubs) involve the absence of awards for 'Unicorn Wars' (Alberto Vázquez), 'Nayola' by José Miguel Ribeiro, and 'The Island' by Anca Damian, which were among the contenders.

Cristal for a Feature Film: "Little Nicholas – Happy as Can Be" by Amandine Fredon and Benjamin Massoubre
Somewhere between Montmartre and Saint-Germain-des-Prés, Jean-Jacques Sempé and René Goscinny lean over a large white sheet of paper and bring to life a mischievous and endearing boy, Little Nicolas. From schoolyard games and fights to summer camp pranks and camaraderie, Nicolas lives a merry and enriching childhood.

Jury Award: "No Dogs or Italians Allowed" by Alain Ughetto (France/ Italy/ Switzerland)
Early 20th century, in the Ughetto family's home village, Ughettera, Northern Italy. Life in the region had become very difficult and the Ughettos dreamed of a better life abroad. Legend has it that Luigi Ughetto crossed the Alps and started a new life in France, thus changing his beloved family's destiny forever. His grandson retraces their story.

The film also won the Gan Foundation Award for Distribution for A Feature Film.

Jury Distinction for a Feature Film: "My Love Affair with Marriage" by Signe Baumane (US/ Latvia / Luxembourg)
From an early age, songs and fairytales convinced Zelma that Love would solve all her problems as long as she abided by societal expectations of how a girl should act. But as she grew older something didn't seem right with the concept of love: the more she tried to conform, the more her body resisted. A story about the acceptance of the inner female rebellion

Jury Distinction for a Feature Film: "Blind Willow, Sleeping Woman" by Pierre Foldes (France/ Luxembourg/ Canada/ Netherlands)
A lost cat, a giant talkative frog, and a tsunami help an unambitious bank employee, his frustrated wife, and a schizophrenic accountant to save Tokyo from an earthquake and find a meaning to their lives.

Contrechamp Award: 'Dozens of Norths' by Koji Yamamura (Japan)
Here, everything is The North. This is an account of the people I met in The North. However, my fragmented memory doesn't capture the essence at all.

Contrechamp Jury Distinction:  "Chun Tae-il: A Flame That Lives On" by Jun-pyo Hong  (South Korea)
When Taeil gets hired as a tailor's assistant, he dreams of becoming a fully-fledged tailor to be able to financially support his family. But he finds himself constantly reminded of the laborers' inferior working conditions. The young 22-year-old Taeil decides to confront reality and become the flame of hope himself. 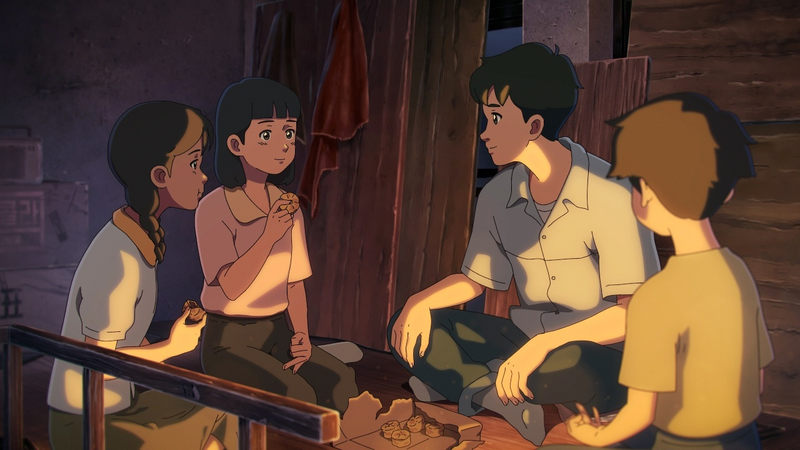 Cristal for a Short Film: "Amok" by Balázs Turai (Hungary / Romania)
After losing his fiancée and his good looks in a freak accident, Clyde must confront his inner demon.

Zippy Frames wrote on the project when it was pitched at the 2019 CEE Animation Forum:

Amok (Balázs Turai dir, Péter B. Lukács, pr. Boddah, Hungary) needs to be commended for its take on the "psycho-killer" genre plus its David OReilly influences. Inside a cartoony world, Clyde tries to stop himself from killing and is definitely a project that has a Mittel-Europe narrative distinct from all others (think of the recent Ruben Brandt, Collector).  This project needs to go on.

Jury Award: "Steakhouse" by Spela Cadez (Slovenaia, Germany, France)
The steak has been marinating for a few days now. The pan is hot. Franc's stomach is rumbling. But Liza's colleagues prepare a surprise birthday party for her. Will she get home in time?

"Jean-Luc Xiberras" Award for First Film: "The Record" by Jonathan Laskar (Switzerland)
A traveler gives an antiques dealer a magic vinyl record: "It reads your mind and plays your lost memories". Obsessed by this endless record, he listens to it again and again.

This is a visual investigation of the interface of the real and virtual world in 5 chapters. Digital interventions are made using natural surfaces.

Cristal for a TV Production:  "My Year of Dicks" Sara Gunnarsdottir (US)
Hilarious and genre-mashing, an imaginative 15-year-old is stubbornly determined to lose her virginity despite the pathetic pickings in the outskirts of Houston in the early 90's.

Jury Award for a TV Series: "Dos pajaritos" Alejo Schettini, Alfredo Soderguit (Argentina / Colombia / Uruguay)
Two little birds living in the same tree. One is white and the other is black. Both live in peace and harmony until something new enters the scene.

Cristal for a Commissioned Film: "Save Ralph" by Spencer Susser
Meet Ralph, a modest rabbit, as we follow him throughout a typical day as a product tester in this mockumentary style stop-motion animation. A poignant and heartbreaking critique of animal testing.

Cristal for a Graduation Film:  "Persona" by Sujin Moon (Korea)
The process of being encroached upon by a persona.

Jury Mention: "A Dog Under a Bridge" by Rehoo Tang (China)
I'm a dog who lives under a bridge in a park...

Jury Distinction for a Graduation Film:  "Mom, What's up with the Dog?" by Lola Lefevre (France)
Gwen is a young girl who just turned 11. As she is discovering her sexuality, she catches her dog laughing. 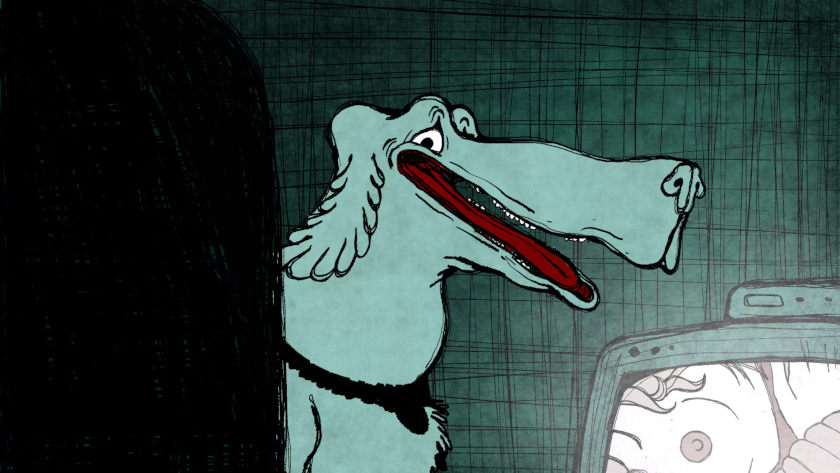 Cristal for the Best VR Work:  Glimpse" by Benjamin Cleary, Michael O'Connor (France/ Ireland/ UK)
A highly emotive, visual feast set in the imaginative mind of a heartbroken panda called Herbie, who has recently broken up with his deer girlfriend Rice.

Jury Distinction: "Goliath: Playing With Reality" by Barry Gene Murphy, May Ab-dalla (UK/ France)
After a decade of isolation in psychiatric institutions, Jon, a paranoid schizophrenic, finds his salvation in online video games.

Also, check out the Special Prizes given for films competing at the festival.