The Polish Toto by Zbigniew Czapla won the best animated short at the Amsterdam festival. Review all the winners of Klik! 2013.

On Saturday, November the 16th, the jury members Kees Driessen, Vanja Hraste and Sylvain Quément gave the awards of  the Animated Short Competition of Klik! festival.  Another jury comprised of Guillaume Catagné, Kirsten Ruber and Ryan Honey handed out the corresponding awards in the Student, For Hire, 3-D and Political Shorts.

The 2D surrealistic (and beautiful) Toto by Zbigniew Czapla, a story of a sensitive boy who is being deceitfully seduced by a cynical collector of keys , won the Best Animated Short award.

The Klik! award for Best Animated Student Short went to Helpiman by Aisha Madu, whereas a special award for the best political short was given to Enno Swinnen for Live //Love // Like and Share.

Special Mention For Student Film
I Love You So Hard, Ross Butter, UK, 2013

The 6th edition of Klik! festival took place from 12-17 November at the EYE film Institute, Amsterdam, and it featured more than the official competition. See a 4-minute review of 2013 Klik! Festival! 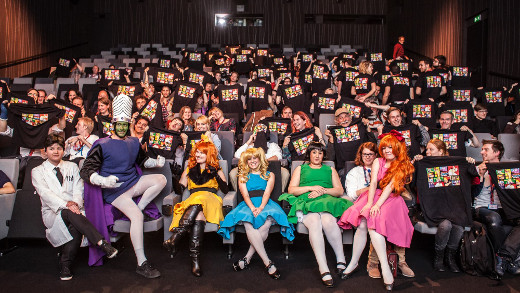